Democracy in Americas | Friday, 20 May 2022 | Click here for original article 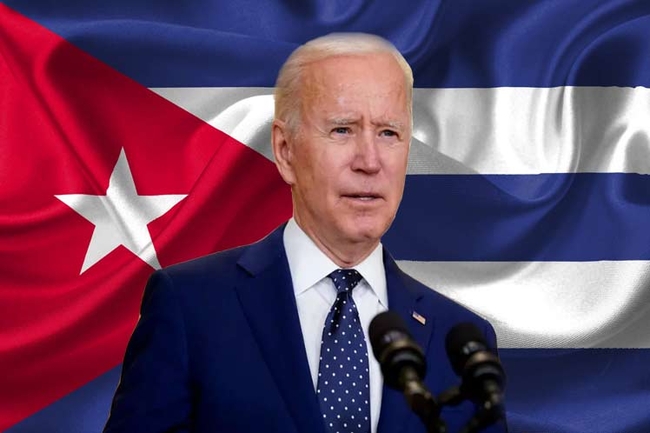 On 16 May the U.S. State Department announced that it would restore some areas of engagement with Cuba, The New York Times reports. The measures include restarting the Cuban Family Reunification Parole Program (CFRP) and continuing to increase visa processing at the U.S. Embassy in Havana; reauthorizing charter flights to fly to cities in Cuba other than Havana; reinstating group people-to-people educational travel; increasing support for private entrepreneurs in Cuba; and lifting the cap on $1,000 of remittances per quarter per person and reauthorizing donative remittances. Other measures promise the expansion of Cubans’ access to cloud technology, ecommerce, and electronic payment platforms, and expanding other categories of group travel. The decision follows an over one-year review of U.S.-Cuba policy and comes on the heels of bilateral migration talks between the US and Cuba to discuss the increasing number of Cuban migrants and asylum seekers at U.S. borders.

In response to the announcement, U.S. Senator Patrick Leahy (VT) released a statement calling the move a “timid but very welcome step,” and stating “Only by collaborating on issues of common interest does it become possible to make progress on issues of strong disagreement, like the unjust imprisonment of Cuban dissidents.” Representative Jim McGovern (MA-2) tweeted that he is “encouraged” by the move and that he “applaud[s] this move towards a smarter strategy of engagement and diplomacy.” Representative Barbara Lee (CA-13) released a statement that the changes “will bring real, impactful help to people and families both in Cuba and the U.S. But our work toward normalizing relations cannot end here. We must do more to rectify the decades of harmful, counterproductive policies and, instead, support engagement and opportunity on the island.” Representative Gregory Meeks (NY-5), Chairman of the House Foreign Affairs Committee, also released a statement praising the announcement and calling on the Administration to take further action, including removing Cuba from State Sponsors of Terrorism List (SSOT). Representative Charlie Crist (FL-13) and Representative Joaquin Castro (TX-20) also applauded the move.

Cuba’s Ministry of Foreign Affairs (MINREX) released a statement calling the announcement “one limited step in the right direction,” noting that the measures fail to address all economic and travel restrictions or remove the embargo entirely, and also noting the U.S. government’s failure to remove Cuba from the State Sponsors of Terrorism List. Despite this, MINREX reiterated the willingness of Cuba’s government to “establish a respectful dialogue.”

Read CDA’s press release responding to the announcement and our recommendations for the Biden-Harris administration here.

Since taking office, the Biden-Harris administration has been slow to act on Cuba policy. During the campaign, then President-elect Biden stated that he would return to Obama-era Cuba policies, however, once in office, stated that Cuba policy was not a priority. The Administration has maintained Cuba on the State Sponsors of Terrorism List and the list of countries not in compliance with U.S. counterterrorism efforts. Following the July 11, 2021 demonstrations in Cuba, the Administration called monitoring the situation in Cuba a “top priority” and ordered a review of remittance policy, embassy restaffing, and the facilitation of internet services for Cubans on the island. The Administration also put in-place several rounds of sanctions on Cuban officials involved in the crackdowns on July 11 demonstrators. In September 2021, the U.S. Department of State set the stage for restaffing the U.S. Embassy in Havana by announcing that it would become a partially accompanied post, allowing diplomats to be accompanied by some adult family members. In March 2022, the Administration announced it would gradually restaff the Embassy in Havana and restore some immigrant visa processing services. Two weeks ago, the Embassy began issuing immigrant visas for the first time in four years.