“They shot to kill… but here we are,” ambassador tells UNISON delegates 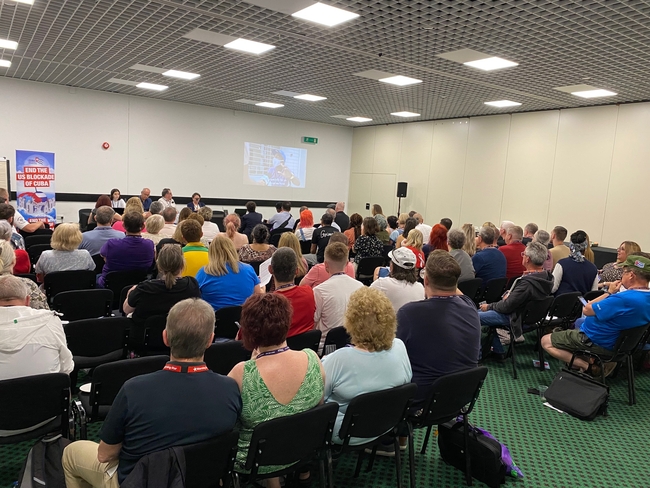 CSC’s fringe meeting at UNISON conference in June focussed on the medical shortages caused by the blockade and how Cuba had overcome these to produce its own vaccines. Addressing her very first UNISON fringe meeting, Cuban ambassador Bárbara Montalvo Álvarez told the 120 people who attended that “the Vaccine Global Access Mechanism, COVAX, was not an option because it would only cover 20 per cent of the population and at a very high cost. In record time, we developed and manufactured three vaccines. Two other vaccine candidates are in clinical trials. By the end of 7 June, 90 per cent of the Cuban population was fully immunised. And more than half of the population has received a booster dose.

“Cuba was the first country to roll out mass vaccination for children and young people between 2 and 18 years. We recently started a clinical trial of a vaccine candidate for children under 2 years of age.”

During the pandemic, “there was no truce, sanctions were not eased when we were fighting desperately to save and protect the population,” she said. “All calls to relax sanctions were ignored. They took political advantage of a very difficult situation to make life even harder for us. As our President Díaz-Canel said, “they shot to kill... but here we are.”

The ambassador thanked UNISON for their historic and ongoing support for the Cuban health service: “We do not forget that UNISON members supported donations of ambulances to Cuba during the special period in the 1990s. Last year, friends in Wales raised funds for the purchase of face masks, gloves and antibacterial gel,” she recalled.

Although the pandemic, blockade and additional sanctions imposed by the Trump administration and maintained by Biden had caused enormous suffering and set the country back, Cuba would not be defeated, she said.

She described her experiences on the brigade and how May Day itself had been the highlight for her: “I felt so energised and inspired watching the May Day march with comrades from around the world… What stuck with me while I was in Cuba was how they value and respect their workers,” she said.

During a debate on Global Vaccine Inequality in the main conference the following day, Gilly Anglin-Jarrett, a delegate from the East Midlands, drew attention to Cuba which “in spite of the vindictive ongoing economic blockade produced vaccines not just for Cuba, but for the whole world.” As a child of Jamaican parents, Gilly also wanted to highlight and thank Cuba for sending 144 doctors and nurses to its close neighbour in April 2020 “to help them develop a safe approach to dealing with the pandemic.” 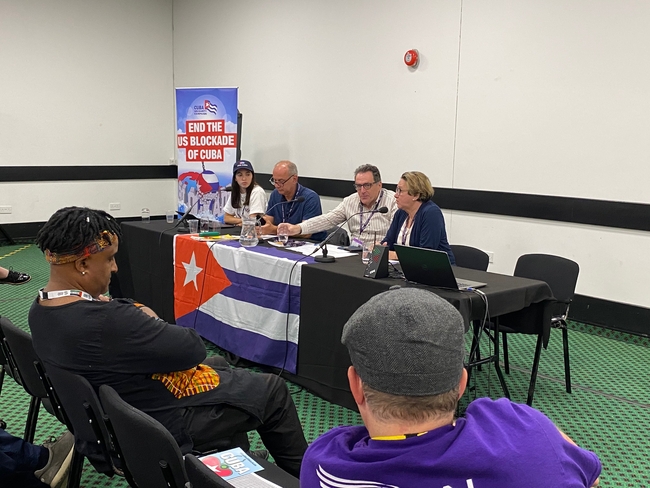 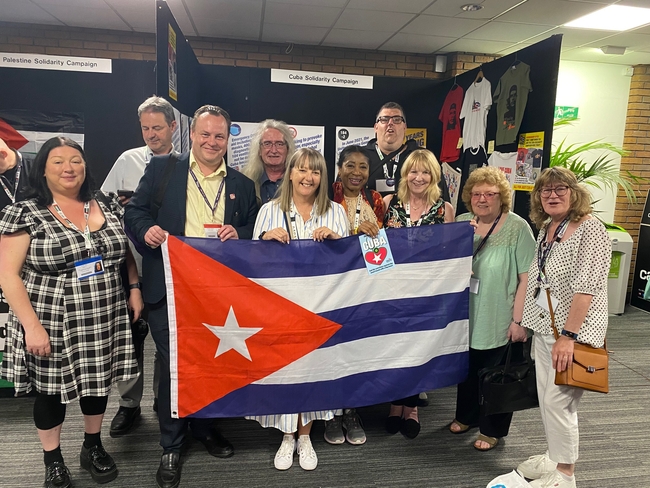