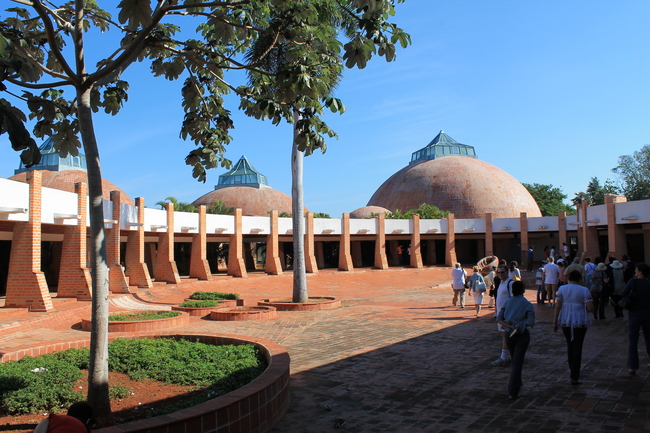 Readers of this magazine will undoubtedly know that, at the trial for his part in the failed 1953 attacks on the barracks at Moncada and Bayamo, Fidel Castro took the opportunity of his defence speech to outline a political programme that became something of a manifesto for the 26 July Movement. What is perhaps less well known is that this proto-manifesto included plans for the extension of culture to the furthest corners of the island. In 1959, this cultural programme was swiftly put into effect, with culture initially thought of as synonymous with education. Army barracks were turned into schools, and teaching budgets were increased tenfold.

Before long, attention started being paid to culture in the sense of the arts and literature, with a few early ideas coalescing that continue to determine cultural policy in Cuba to this day. The basis of the revolutionary approach is that culture:

• Should be detached from the market economy (copyright was revoked from 1967 to 1975, in a bid to provide access to the best of the world’s literature, and grants for artists were implemented from 1961)

If we look at the ways in which these basic principles played out in real terms, we find that, one month after the Revolution triumphed, the National Museum of Fine Arts was reorganised, with a grant for its restoration being made a few months later. Film began to be understood as an art form in its own right, partly as the result of a close connection between the revolutionary leadership and an influential group of filmmakers.

The commissioning of film was initially centred on documentaries that attempted to mediate the pace of change, explaining land and housing reforms. Such educational documentaries soon gave way to more elliptical narrative adventures under the auspices of the Cuban Institute of Cinematic Arts and Industries (ICAIC), which was founded just two months after revolutionary victory on the basis of ideas drawn up by Cuba’s filmmakers in 1954.

ICAIC was set up not only to commission films but also to disseminate them, via 616 cinemas, 480 of which were built and restored in fixed locations, the rest of which formed part of a mobile cinema programme, being pulled by lorry, boat or beast around the island, as part of the extension of culture to its furthest corner. Consistent with the idea that culture belongs to everyone, the profit motive has been removed from the film industry, attendance costs have been kept deliberately low and going to the cinema nowadays costs roughly the same price as an egg. At the same time, silk-screen posters, which have consistently been used to promote films, capture their essence in witty and colourful visual aphorisms. In this way, the glamour and reverence that typifies Hollywood film posters has been subverted in the same way as the market economy.

Throughout these formative years, Cuba was the subject of growing hostility from across the Florida Straits. Washington inevitably reacted badly to Cuba nationalising industries in which Americans had a stake and, in 1960, the US imposed an economic embargo which remains in place to this day. In anticipation of the ideological blockade that was about to fall over the island, Haydée Santamaría – who had taken part in the 1953 barracks attacks – was charged with creating a pan-American cultural house, which became known as Casa de las Américas [House of the Americas]. The idea underwriting this institution was that not everyone on the American continent shared the ideological imperatives of the United States, and Casa de las Américas quickly became a nexus for cultural visitors from throughout Latin America and beyond, many of whom came to serve as jurors on its prestigious literary prize. Visual artists also visited from outside Cuba, donating works to the growing collection and making work in situ. Aside from Casa de las Américas and ICAIC, museums and galleries were opened in every municipality, exhibiting artefacts and artworks that had previously been reserved for an elite audience.

It’s important to mention that cultural policy – the operational principles laid down for culture by the state – didn’t begin to be formulated in Cuba until after the key cultural institutions had been established. This is typically unconventional – normally, policy would be laid down and institutions devised to fit this policy – and is significant for two reasons. Firstly, it meant that the institutions were initially guided only by the general ideas which had been established for culture, rather than being beholden to any administrative authority. Secondly, the delay in forming cultural policy meant that, when this did happen, there was scope for a more discursive approach.

A key moment for this was the First National Congress of Writers and Artists of August 1961, which, as the name suggests, was organised by the country’s writers and artists rather than being a top-down affair. The commemorative publication for this event features a slogan that had been devised by writers and artists the previous year, firmly implicating their work in the social justice aims of the Revolution – To Defend the Revolution is to Defend Culture.

At the 1961 congress, an artists’ and writers’ union was formed, and a system of grants was set up to provide living and materials costs for artists. Also in 1961, the literacy campaign was launched, which saw quarter of a million mainly young people going out into the countryside to teach the peasant population to read and write (ironing out some of the inequalities that persisted between urban and rural areas, which the Revolution was committed to overcoming). Rumour has it that, a few years later, Fidel and Che Guevara were playing golf at a requisitioned country club on the outskirts of Havana, discussing how the momentum of the literacy campaign could be carried over into the cultural field more broadly, and they hit upon the idea of building a world-renowned art school that could provide a creative education to scholarship students from Africa, Asia and Latin America. This led to the construction of the pioneering National Art Schools.

While the National Art Schools provided education to hundreds of professional artists, something even more ambitious was attempted at an amateur level. Tens of thousands of arts teachers, many of whom had taken part in the literacy campaign, were trained to disseminate creative skills to farms, factories and workplaces throughout the island, responding to what Fidel called the transition from spectators to creators. At the heyday of this programme, an estimated one million amateur artists were operating within a population of around six million. This programme continues today, centred on the Casas de Cultura that exist in every town, and anyone can request time off work to attend the National Art Schools for a week of professional training.

The discursive, internationalist ethos of the Revolution reached its peak at the Cultural Congress of Havana in 1968, which brought more than 600 intellectuals together to discuss their role in relation to imperialism and underdevelopment. From the UK, such notable figures as CLR James, Herbert Read, Arnold Wesker and Ralph Miliband travelled to Havana to take part in these discussions, and, in some cases, found themselves lagging behind the revolutionary attitudes towards culture that were being developed there. To take just one example, CLR James argued for the abolition of the category of ‘intellectual’ while Cuba was working towards the democratisation of education and culture in a bid to ensure that everyone had the right to engage in intellectual labour. More generally, the 1968 congress provided a forum for defining the role of artists and writers in revolutionary situations, positioning intellectual work as the ideological corollary of armed struggle and situating artists and writers as the bridge between the political vanguard and the people.

A few months after the Cultural Congress of Havana, the Soviet Union invaded Czechoslovakia and the story darkens. Relations between Moscow and Havana had been gradually improving since the missile crisis of 1962 revealed Cuba to be little more than a pawn in the game between the two superpowers. As Cuba was by now officially part of the international communist movement, the revolutionary government could not publicly oppose the invasion, which caused the loss of many international friends.

So far, I’ve discussed the ways in which cultural institutions were set up and policy became practice, but I’ve said little about the various factions that had been united under the revolutionary banner. While the insurrection was being fought in the Sierra Maestra, the commitment of the Popular Socialist Party (PSP) to the mass movement caused it to oppose armed struggle until three months before the triumph of the Revolution. But, although the party played a negligible part in the insurrection, it had been developing ideas throughout the 1950s, with the leading artists, musicians and filmmakers of the day, which sowed seeds for later cultural policy. This meant that, when the Revolution triumphed, it seemed logical to place culture in the hands of the PSP, and, in January 1961, their members were charged with running a new National Council of Culture (CNC), which had been set up to implement the cultural policy of the revolutionary government. This created more than a bit of consternation in the cultural field, especially among the anti-communist factions of the avant-garde, and gave rise to some very public disputes, most notably around the cultural supplement Lunes de Revolución which ceased publication in November 1961. In 1963–4, a series of heated debates took place around the kind of culture that could and should be made under the auspices of the Revolution. Generalising massively, the more orthodox members of the PSP argued against films like La Dolce Vita and in favour of socialist realism while more culturally active party members and non-partisan artists and filmmakers advocated a situation in which all aesthetic tendencies could be pursued within a dialectical process of acceptance and critique. Ultimately, the latter perspective would prevail but not before considerable disruption.

Returning to the period after the 1968 Soviet invasion of Czechoslovakia and Cuba’s diminished standing in the international community, we find tensions simmering around a Cuban poet called Heberto Padilla, whose disillusionment with Soviet-derived forms of socialism was reflected in his work. In 1971, Padilla and his wife were arrested on counterrevolutionary grounds. This prompted a letter to Fidel from many foreign intellectuals, including those, such as Jean Paul Sartre, who had previously been supportive of the Revolution. A National Congress of Education, which had been planned for April 1971, hastily had culture added to its remit, and Fidel took the opportunity of his closing speech to castigate the small minority of intellectual traitors who had criticised the Revolution from the comfortable capitals of Paris, London and Rome.

The following five years and more are universally derided – within Cuba and beyond – as the grey period. During this time, intellectuals were persecuted and deprived of money and status. Notwithstanding the overall mood of the time, institutions like Casa de las Américas provided a sanctuary for artists committed to the Bolivarian Revolution that had been ignited throughout Latin America.

The grey period officially ended with the opening of the Ministry of Culture in 1976, with Haydée Santamaría’s husband (the former Minister of Education, Armando Hart) at its helm. And, while it would take another few years for trust to be restored between artists, writers and cultural bureaucrats, the conception of art as a form of social production and of the artist as an integral member of society endures.