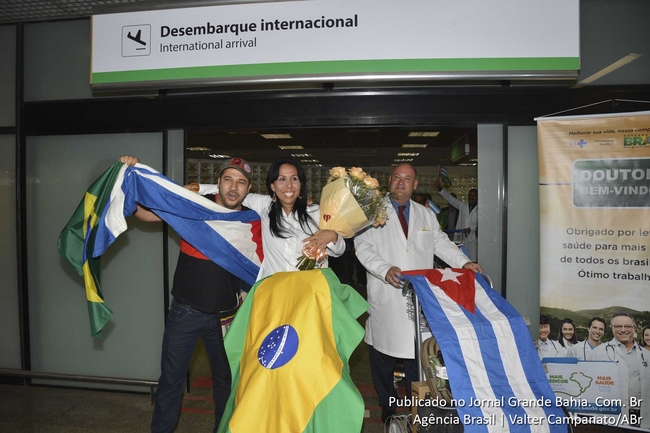 Cuba has always offered to help neighbouring countries following natural disasters, whether it be earthquakes, hurricanes, flooding or outbreaks of dengue fever. It played a key role in the provision of health care following the earthquake in Haiti. It also offered assistance to the United States of America following Hurricane Katrina. Following the earthquake in Pakistan in 2005 Cuba sent over 2,000 health professionals. The Cubans stayed longer than any other international group. Cuba was also in the forefront in the recent Ebola outbreak in Africa. Its contribution to global health has won praise from the World Health Organization and its director, Dr Margaret Chan.

Cuba is a small, middle income country. How has it transformed itself into a global superpower in relation to international health? Firstly, it is important to recognise that health care, and child health in particular, in Cuba is excellent. Child mortality rates of 5.5 per 1,000 live births are lower than those in the US at 6.5.

Cuba has one of the highest ratio of doctors to population in the world (67.2 per 10,000 population). This has been achieved by ensuring that medical education is free, and allows Cuba to send health professionals overseas without it adversely affecting the health of its own population.

Cuba’s first international health collaboration occurred in 1960 when they sent a medical brigade to Chile after an earthquake. In 1963 fifty health professionals went to Algeria; marking the start of Cuba’s collaboration with other countries in terms of capacity building. Major long term collaborations have been for the children of Chernobyl following the nuclear disaster in 1986, providing access to health care to poor Venezuelans ‘Misión Barrio Adentro’ (Inside the Neighbourhood), ‘Operación Milagro’ (Operation Miracle) focusing on vision impairment and most recently the ‘Mais Medicos’ (More Doctors) programme in Brazil.

A key feature of the work of Cuban health professionals overseas is that like MSF they work in areas of greatest need. These are often rural areas where the local indigenous population has previously not had any access to healthcare.

Cuban health professionals are now involved in helping establish facilities to provide long term access to healthcare in a variety of countries. Cuba has recognised the interrelationship between health and social determinants and recognises that health is a human right. They work with other countries to improve the health of the local population because they feel it is their responsibility.

At the time of qualification Cuban health professionals have the opportunity to put their name down as a volunteer for overseas. For the individual, there are considerable advantages. Firstly, the opportunity of obtaining medical experience in relation to diseases or traumas that are unlikely to be seen in Cuba itself. Secondly, the additional salary bonus that working overseas brings.

Providing health professionals is now one of the biggest sources of income for Cuba. It is important to recognise however that Cuba only receives income for its health professionals from governments that can afford to do so. Cuba’s international health collaboration started as a humanitarian response rather than as an economic plan.

Cuba has set an example for other countries. The question remains whether high income countries which are significantly richer than Cuba can emulate the Cuban model. Many junior doctors in high income countries would value the opportunity of working overseas in order to gain more experience and help disadvantaged communities. The concepts of social medicine and social justice are not restricted to Cuban health professionals. Many health professionals around the world have the same feelings of responsibility. At present, junior doctors in Europe who wish to work overseas usually engage in a charity such as MSF. However, junior doctors working for MSF have to leave their training programme to work overseas and are not guaranteed a job on their return, unlike in Cuba.

European governments should work in conjunction with organisations such as MSF and fund junior doctors to work overseas. Initially this could be on the basis of one or two individuals within each region, within each country. The UK for example could initially offer 50 places each year. To do so would require a significant political commitment from European governments. The financial investment required is relatively minor when one considers the huge amounts that governments spend on military expenditure. The question remains whether wealthier European countries and the European Union are prepared to follow Cuba’s example.

Imti Choonara is a pediatric specialist and Emeritus Professor at the University of Nottingham.