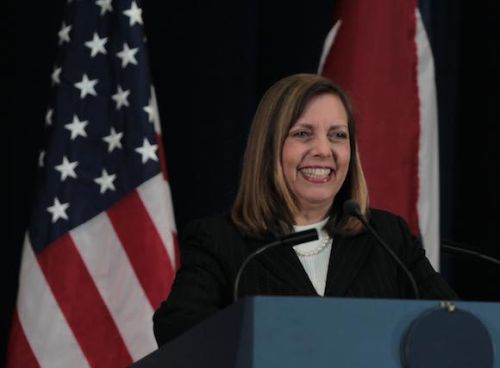 Normalisation of relations is dependent on the resolution of key outstanding issues, including the lifting of the blockade, and the return to Cuba of the territory illegally occupied by the Guantánamo Naval Base.

THE Cuban Ministry of Foreign Relations Director General for the United States, Josefina Vidal, confirmed during a press conference in Havana this Thursday, February 18, that the President of the United States, Barack Obama, will visit Cuba March 21-22.

The president will be welcomed by the Cuban government and people with the hospitality that characterises us, Vidal said.

“It will be an opportunity for President Obama to appreciate the Cuban reality and continue to discuss the possibilities of expanding bilateral dialogue and cooperation on issues of mutual interest to the two countries,” she added.

Vidal also noted that the visit marks a further step toward improvement in relations between Cuba and the United States.

The Foreign Ministry official stressed that the normalisation of bilateral relations is dependent on the resolution of key outstanding issues, including the lifting of the blockade, and the return to Cuba of the territory illegally occupied by the Guantánamo Naval Base.

Obama's visit to our country, she added, will be an opportunity to reaffirm the will of the Cuban government to continue advancing toward a new relationship based on observance of the principles and purposes of the United Nations Charter and the Proclamation of Latin America and the Caribbean as a Zone of Peace; and founded on respect for differences and the mutual benefits derived from historical, cultural and family ties that have united the two countries and peoples.

When questioned by Granma about President Obama’s statements suggesting he would address differences on human rights while in Cuba, Vidal explained that the two countries indeed have different views on this topic, as is the case on other issues.

We have had exchanges on this issue on the basis of respect, equality, reciprocity and non-intervention in internal affairs, she said.

For Cuba, talking about these and other questions is part of the efforts we are making to build a new relationship with the United States that contributes to opportunities and benefits for our peoples, she said.