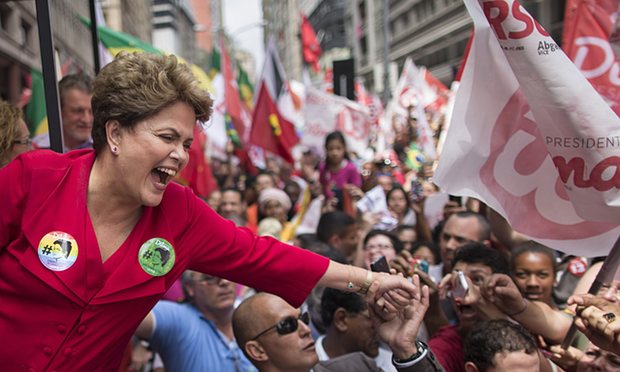 The statement reads that sectors of the Brazilian right-wing and oligarchy in combination with the local reactionary press have achieved, in the Chamber of Deputies, the first step towards a parliamentary coup against the Workers Party and Dilma Rousseff.

Since 2003, when the Workers Party took power for the first time under Luiz Inacio Lula, that administration has implemented important social programs. In this way, 25 million Brazilians were taken out of poverty and Brazil became a significant international actor in the defense of fair causes and the promotion of unity, Latin American integration and unity, the statement reads.

This attempt against Brazilian democracy is part of a reactionary counteroffensive by the oligarchy and imperialism against Latin American integration and all progressive movements in the region, the Cuban Foreign Ministry stresses.

Cuba strongly condemns the parliamentary coup underway in Brazil and fully supports the people and their legitimate government as well as President Rousseff, the statement points out.