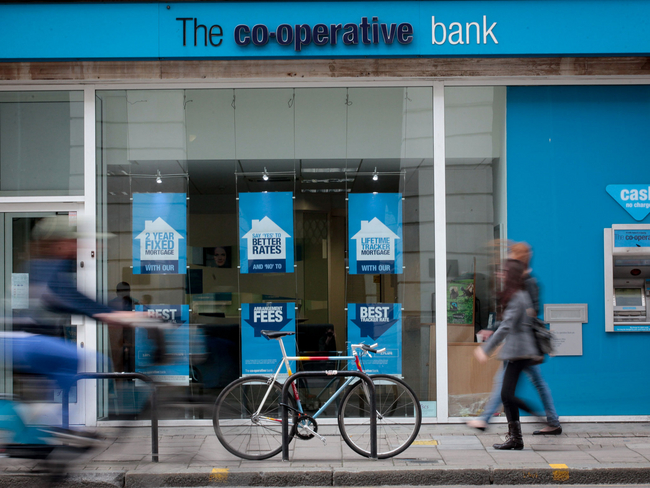 In November 2015 the Co-operative Bank closed the bank account of the Cuba Solidarity Campaign (CSC) citing changing “risk appetite” and “global regulations” among the reasons.

Now following a huge campaign by CSC members and affiliates Niall Booker, the bank’s Chief Executive, has finally confirmed in writing that the closure was due to ‘risk’ arising from sanctions imposed by the US government.

In response to direct questions from concerned members, Mr Booker said “it is correct that the sanctions that are in place are those imposed by OFAC.”

US blockade policies against Cuba are enforced by the US Treasury Department’s Office of Foreign Assets Control (OFAC). By adhering to US sanctions the Co-operative Bank is complying with US extraterritorial legislation.

This is in itself illegal under British and EU law.

When similar events occurred in Austria and Mexico, those countries acted to penalise the companies for acquiescing to US blockade sanctions legislation over and above their own county’s sovereign laws.

CSC has written to the Foreign and Commonwealth Office and the Department of Trade and Industry to ask that they make urgent representations to the US government and to the Co-operative bank to ensure British individuals and companies are free to work with Cuba without being sanctioned by US blockade policies.

The British government should invoke enforce the existing ‘Protection of Trading Interests’ legislation to ensure British companies and banks do not carry out US blockade policies and ensure that they are not prevented from carrying out normal trade and relations between the UK and Cuba.

The All Party Parliamentary Group on Cuba (APPG) has also taken action on the issue and written directly to the UK government.

Cat Smith MP, Chair of the APPG said: “It cannot be right that this UK based organisation (CSC) should be penalised due to United States’ blockade policies when the organisation is doing nothing more than promoting better UK-Cuba relations in accord with UK Government policies.”

The Co-operative’s admission that it closed the account out of fear of US sanctions is one of the first times a major corporation has admitted acting as a result of US extraterritorial anti-Cuban blockade legislation.

The Co-operative Bank is one of the oldest banks in Britain with roots going back to its establishment in Rochdale in 1872. This issue is therefore one of British independence and sovereignty in so much as US law is impacting on a UK based bank and UK based organisations carrying out perfectly legal activities in this country.

In the light of the recent rapprochement between the US and Cuba, it is ludicrous that the US government is still attempting to prevent foreign companies and organisations from having normal business and banking relations with Cuba.

CSC believes that the British government should uphold its own sovereign laws above those of the US and defend British interests; it should make representations to the US government to remove the threat of fines toward foreign companies that trade with Cuba, and invoke existing UK legislation to prevent British companies from complying with US extraterritorial legislation. This would send a clear signal to other banks and companies facing similar dilemmas over their “risk appetite” that UK laws are sovereign and that UK–Cuba trade is being supported.

Please raise this issue with your MP and ask them to ask the government to:

- make urgent and robust representations to the relevant US authorities to cease the application of such illegal trade measures.

Download a model letter fto send to your MP here

Model letter for Co-operative customers to send to their bank