Based on an article from TeleSUR | Saturday, 16 April 2016 | Click here for original article 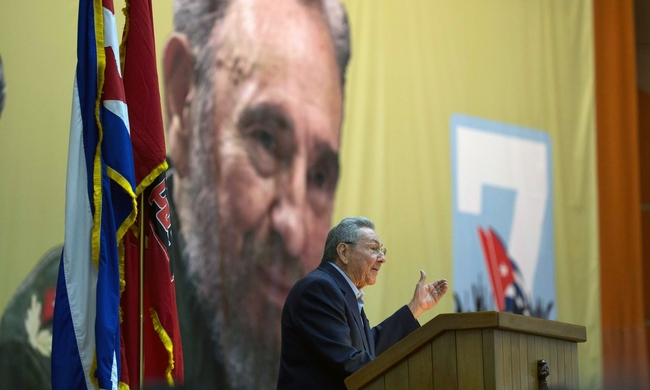 "We must be alert, today more than ever," President Raul Castro said, warning Washington is determined to end Cuba's socialist revolution.

President Raul Castro warned Cubans on Saturday that the United States was determined to end Cuba's socialist revolution despite restoring relations and a visit by President Barack Obama, saying one-party Communism was essential to defend the system.

"We must be alert, today more than ever," Castro said, speaking in front of a giant portrait of Fidel Castro at the inauguration of the 7th Communist Party Congress.

He called Obama's desire to end U.S. sanctions on Cuba a change of "method", in reference to efforts by Washington to bring political change to Cuba ever since the Castro brothers toppled a pro-American dictatorship n 1959.

Raul Castro told the party's congress that reforms should be implemented faster, but said Cuba was not moving towards capitalism, citing China and Vietnam as models, while emphasising that social ownership and cooperatives were mostly preferable to private property.

He also said he remained convinced of the benefits of improved relations with the United States and said Cuba was committed to the diplomatic thaw. But he made clear he did not believe Obama's promise that the United States would not impose political or economic change on Cuba.

"The goals are the same, only the methods have changed," Castro said, adding that U.S. migration policies that encourage Cubans to defect were "a weapon against the revolution."

A CSC fact sheet on US intervention in Cuba is available online here.