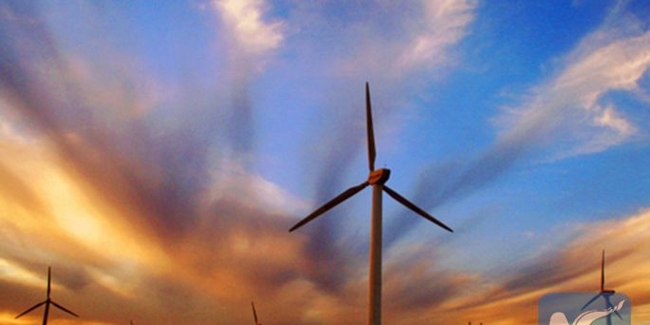 The historic town of Gibara, where the famed explorer set foot during his first voyage to Cuba, is home to two wind farms that are part of a far-sighted government program to promote sustainable energy and reduce the country’s reliance on imported fossil fuels.

The first wind farm, built by Spanish firm Gamesa, opened in 2008 with six 850 kW-wind-turbines, or a total installed capacity of 5.1MW.

Each megawatt is equal to the energy produced by 10 automobile engines, or put another way, one megawatt hour (MWh) is enough to run 330 homes for an hour.

“These are variable-speed (wind turbines), that is the blades rotate automatically looking for the intensity of the wind to generate more electricity,” Rolando Gomez, representative of the state-owned wind farm, told Xinhua during a tour of Gibara I.

“These six turbines can last about 20 years and each with capacity of 750 kW, for a total capacity of 4.5 MW. Along with those at Gibara I, their total installed capacity reaches 9.6 MW,” said Gomez.

The electricity they generate flows directly into Cuba’s national grid, and according to Gomez, the two wind farms have contributed a total of 122.076 MWh since they began operating.

That figure represents a savings of 29,630 tons of petroleum oil, which in turn means about 96,000 tons of carbon dioxide (CO2) was not released into the atmosphere.

“That’s the main contribution of this type of energy,” said Gomez, adding “we are compiling the results over the years at the country’s experimental wind farms to determine which technology is the most feasible for each region in Cuba.”

The data will also support decisions about where and how to allocate foreign investment, he said.

More wind farms may be in the works for Gibara, one of Cuba’s most windswept regions.

In the meantime, Cuba is building its largest wind farm ever, Herradura 1, in the eastern province of La Tunas.

The facility will have thirty four 1.5 MW-turbines made by China’s Goldwind, for a total of 51 MW.

Herradura 1 is expected to begin operating at the start of 2018, contributing one percent of the country’s total energy production, and saving 40,000 tons in fossil fuels.

The project is part of a larger plan to build another 12 wind farms along the island’s central and eastern northern coast, to generate up to 633 MW.

Some 600 million U.S. dollars in foreign capital has been earmarked to build at least seven of those wind farms.