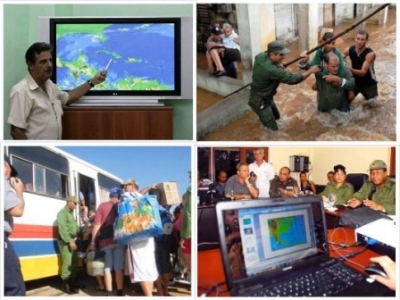 Miss Kaulard highlighted the deployment of men and resources by the Cuban government to the easternmost Cuba, to areas that were severely battered by the storm on the night of October 4th.

She also praised the coverage by the Cuban media, giving minute after minute an update of the situation in the four Guantanamo municipalities that took the heaviest blow from Matthew.

The UN Representative said their entire system is ready to help Cuba with food, building of houses and other forms of aid, based on the experience of their joint work after Hurricane Sandy, which hit Santiago de Cuba in 2012.

She said that the measures taken by Cuba are an example on how to apply the principles of the Sendai Framework for Disaster risk Reduction 2015-2030, which has as goals the reduction in the number of affected persons and mortality due to disasters.