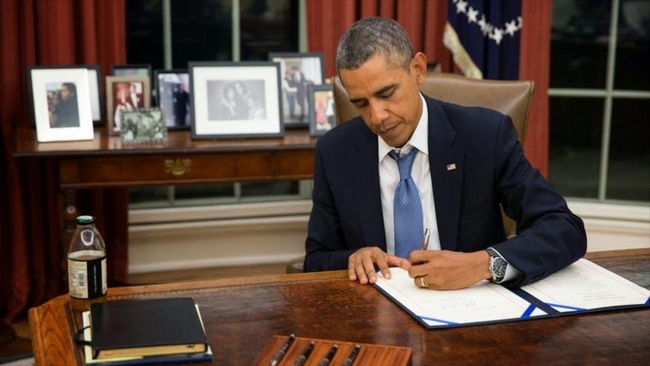 The text disseminated by the White House notes that “Since the United States announced on December 17, 2014, that it would chart a new course with Cuba, we have re-established diplomatic relations and have made progress toward the normalization of our bilateral relationship,” including the opening of embassies, among other actions.

“This new directive consolidates and builds upon the changes we've already made, promotes transparency by being clear about our policy and intentions, and encourages further engagement between our countries and our people,” reads a statement issued the same day by President Obama, regarding the new policy directive.

The cited document continues, “Consistent with this approach, the Departments of Treasury and Commerce issued further regulatory changes today, building on the progress made over the last two years, to continue to facilitate more interaction between the Cuban and American people, including through travel and commercial opportunities.”

According to the U.S. President “These changes are representative of the progress I saw firsthand when I visited Havana,” last March. The new measures announced by the U.S. Departments of Treasury and Commerce, which are set to enter into effect on Monday, October 17, include new avenues for joint cooperation projects in the fields of scientific research, and U.S. imports of Cuban manufactured pharmaceutical products.

Meanwhile, U.S. citizens permitted to travel to the island under the 12 authorized categories will be able to import, for their personal use, unlimited quantities of Cuban rum and cigars in their luggage.

The U.S. agriculture sector will be able to export items such as pesticides or tractors to Cuba; transactions which will no longer require the island to pay in advance and in cash.

The restriction which prevented hundreds of foreign ships which had docked in Cuba from making port in the United States in order to load or unload for a period of 180 days, is also being lifted. The U.S. Department of the Treasury also announced that scholarships for scientific research and religious activities will be made available.