Fidel Castro was a giant. A man of ideas. A man of action - Richard Burgon MP 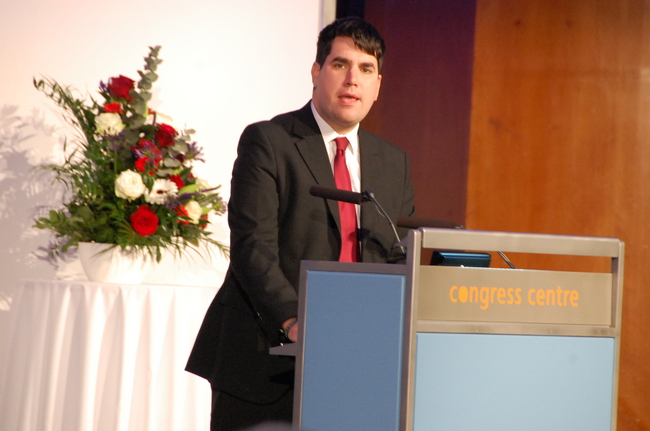 "From its earliest days the Cuban Revolution has itself been a source of inspiration to all freedom-loving people.”

The words of Nelson Mandela when he shared a platform with Fidel Castro on 26 July 1991 in Mantanzas, Cuba.

Mandela went on to say:

“What other country can point to a record of greater selflessness than Cuba has displayed in its relation with Africa? How many countries of the world benefit from Cuban health workers or educationists? How many of these are in Africa? Where is the country that has sought Cuban help and has had it refused? How many countries under threat from imperialism or struggling for national liberation have been able to count on Cuban support?”

And Mandela concluded by saying:

Mandela got his wish. The Cuban Revolution is still alive. And Fidel Castro had a long, long life.

Proud to be here to reflect upon the life, contribution and living legacy of Fidel Alejandro Castro Ruz.

The young Cuban from Biran, growing up inspired by Jose Marti and appalled by social inequality. The young boy from Biran who ended up achieving so much. And his achievements – domestic and international – live on after him.

Today and always I will think of Moncada, the Sierra Maestra, Playa Giron, The Latin American School of Medicine, the battle of Cuito Cuanavale, Operation Miracle, the remarkable resistance of Fidel Castro and the Cuban people during 'the Special Period' following the collapse of the Soviet Union and the doctors and nurses sent to the poorest and most remote parts of our globe.

But the BBC did itself proud when it screened an interview with an ordinary Cuban called Hereclito. A Cuban whose life had been saved by the Cuban health service following a serious accident which cost him both of his legs.

And he went on to say:

And Fidel Castro was a giant. A man of ideas. A man of action. An activist and a politician who was prepared to – and did – put his life on the line rather than leaving that to others. A man who, along with Celia Sanchez, adopted children orphaned by the Revolutionary War and raised them in his home but didn’t speak or boast of this in speeches or in the media.

A man who demanded that - as a matter of principle - after he died, no monuments and no roads in Cuba would be named after him.

In the last week and a half, lesser figures - petty political figures - have expended great energy in attacking Cuba and attacking Fidel Castro.

These politicians and pundits should be thankful they’ve never had to defend public services in the face of the longest and cruellest illegal economic embargo in world history.

These politicians and pundits should be thankful they’ve never been attacked for their human rights record whilst the world's greatest superpower detains and tortures people on their territory against their will in a detention camp on illegally occupied land.

These are politicians and pundits who have never had to face the practicalities of trying to build socialism in a poor country during the Cold War, 90 miles from a United States that, in essence, used to treat Cuba as if it owned it.

Well over a century ago, Jose Marti wrote about those kind of politicians. He said:

“The conceited villager believes the entire world to be his village. Provided he can be mayor, or humiliate the rival who stole his sweetheart, or add to the savings in his strongbox, he considers the universal order good, unaware of those giants with seven-league boots who can crush him underfoot, or of the strife in the heavens between comets that go through the air asleep, gulping down worlds.”

I will leave the last words to Fidel.

“When people die, they are usually forgotten. Only their closest relatives remember them. Time goes by. Some people live worrying about history and glory, but as Marti said, all the glory of the world fits into a kernel of maize. […] No history has lasted more than five thousand years. No history will last a million years. No history will last a billion years. When the sun goes out, what history will be left? I don’t worry about history. I ask myself: What is my duty? What should I do? I am not bothered what people will say about me. What has been said already is enough, some good things and some bad things. In the end, people have to acknowledge that we have been steadfast, defended our beliefs, our independence, wanted to do justice, and were rebellious.”

What I’ve said already is enough. Friends, I’m proud to be here tonight.

Read a report on the London Memorial for Fidel Castro here

Sign the online book of condolences for Fidel Castro here