Toward eradicating tuberculosis in Cuba 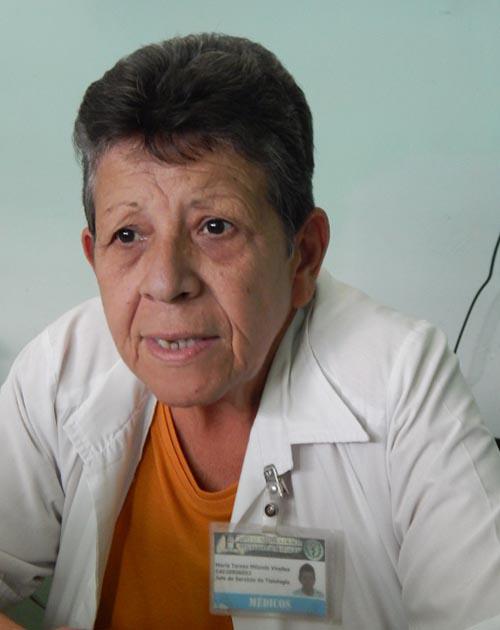 Every year tuberculosis kills some two out of eight million people suffering from the disease worldwide. Meanwhile the infection rate in Cuba is 6.9 for every 1,000 inhabitants, with some 700 new cases detected every year, while the death rate due to this illness is extremely low.

Nobel Laureate for Medicine Robert Koch identified the specific causative agents of tuberculosis over a century ago. The infection caused by a bacterial species known as Mycobacterium is curable if diagnosed early and treated correctly. In Cuba children receive a BCG vaccine which protects them from the most serious forms of the illness, however, this doesn’t always prevent the development of other mutations and drug-resistant strains.

According to Pulmonology specialist, Dr. María Teresa Milanés Virelles, Cuba has a low tuberculosis death and infection rate given the island’s nationwide health program launched following the triumph of the Revolution on January 1, 1959,

which establishes medical protocols to prevent and treat this dangerous condition.

Speaking exclusively to Granma International, Dr. Milanés Virelles, who also holds a Masters degree in infectious diseases, noted that “Once a patient is positively diagnosed they receive closely monitored and managed treatment. First they are provided with the necessary medication, free of charge, a reinforced diet, and a medical note stating they are unable to work, although they continue to receive their salary, thus preventing infection at work and in social institutions.”

In order to prevent citizens from catching TB, health professionals conduct door-to-door visits across neighborhoods, and in the case of suspected infection, they undertake control measures with relations, friends and neighbors, explained the doctor, stressing the importance of detecting asymptomatic or non-serious patients. “In such cases they are prescribed a six week course of chemoprophylaxis to prevent the disease from developing,” noted Dr. Milanés Virelles, a member of the International Union Against Tuberculosis and Lung Disease.

TB is an infection which mainly affects the lungs, however it can also spread to the central nervous, lymphatic, circulatory, genitourinary, and digestive systems, as well as the bones, joints and even the skin, while a sick patient need only cough, sneeze or spit to expel the bacteria into the air and infect another person.

Among the most common signs and symptoms of TB, the specialist highlighted a persistent chesty cough for over 15 days, bloody phlegm, fever, night sweats, sudden dizzy spells, shivers and weight loss, which may be mild for months. In this sense, Dr. Milanés Virelles stressed not to underestimate warning signs advising any person suffering from such symptoms to go straight to a doctor to be tested for TB.

Regarding others at risk, the specialist mentioned those living with a person suffering from TB or in a densely populated area, alcoholics, those with HIV, smokers, individuals with a poor diet, among other factors.

For this reason, Cuban specialists are conducting research into diagnostic methods; radiology studies; infection rates across different parts of the country; the impact of a tropical climate on the disease’s development; as well as further monitoring of the patient’s physiological functions.

She also stressed that people should not self-medicate, describing TB as an opportunistic disease which preys on smokers, alcoholics, people with a weak immune system and unhealthy lifestyles.

When a suspected case is identified, the patient is referred to the Pulmonology services provided by secondary level healthcare institutions across all the country’s provinces.

She also noted that every year the country trains pulmonologists in accordance with its need for specialists. Meanwhile, young doctors undertaking their medical residency are given the opportunity to study tuberculosis in greater depth during their infectious lung disease rotation, as well as through specially designed postgraduate, masters and PhD courses.

Every May 24, Cuba observes World Tuberculosis Day with various health promotion and prevention activities, in addition to international events featuring the participation of national specialists which contribute to maintaining exchanges and communication between pulmonologists from the island and abroad.

Given the results of its various TB control and prevention programs, in 2013, the World Health Organization (WHO) included Cuba on its select list of countries with the potential to eradicate the illness by 2035, a feat which according to Dr. Milanés Villeres is definitely achievable.