Wherever Cuba needs me, I’ll be there… 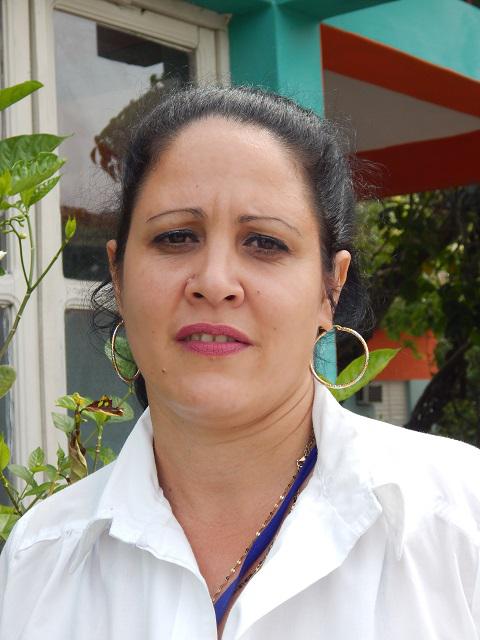 In the municipality of Bartolomé Masó, Granma province, located more than 700 kilometers from Havana, Granma International spoke with Yurania Aguirre Cárdenas, a young doctor who worked in Venezuela from 2014 through 2016 as part of the Barrio Adentro (Into the Neighborhood) Project.

After graduating from Holguín’s University of Medical Sciences in 2011, she began her professional career in the mining municipality of Moa before traveling to the community of Zamorana, located within the Iribarren region in the Venezuelan state of Lara.

Yurania explained that the area where she worked in the homeland of Bolivar, was named after General Ezequiel Zamora, a community leader who fought for social justice and equality. There, on February 1, 2017, the bicentenary of Zamora’s birth was commemorated with a civil-military parade.

“The community had never had a doctor,” stated the Cuban physician. “I’m talking about an area inhabited by thousands of people with few economic and material resources. We were three Cuban collaborators that arrived at the same time, one who dealt with sports, the other culture, and me, the family doctor. We stayed in a comfortable, three bedroom house located on the grounds of a primary school and dental surgery was set up next door.”

What were the most common ailments residents suffered?

I arrived during an epidemic of vector-borne diseases such as dengue, Zika and Chikungunya. These illnesses are caused by the aedes aegypti mosquito. The hygienic-sanitary conditions in the community were awful, because residents lived in extreme poverty.

What did you do to reduce infection levels?

I offered information about measures to take to prevent viral diseases. I called various community meetings and stressed the importance of taking preventative measures during consultations with patients. I participated on various community radio shows to explain how avoid falling ill. At the same time a sanitation campaign was launched, which included other more general measures.

Did you receive any prior training to tackle the epidemic?

Before leaving Cuba we received meticulous training on these types of illnesses but you can never imagine what it’s really like. There, directors of the medical brigade also offered us weekly methodological training and through our daily efforts were able to identify the signs and symptoms of each of the diseases.

“I would see around 200 patients during my night shifts at the Comprehensive Diagnostic Center (CDI - secondary level clinics), some 150 of whom would be suffering from one of these three illnesses. There has been an alarming rise in the rate of viral epidemics in Venezuela over recent years.

Did you get sick?

Yes. On December 22, 2015 I was admitted to hospital with hemorrhagic dengue and placed in the intensive care unit. I was in serious condition for four days. I had bleeding gums, stomach ache, I was dehydrated, experienced extreme changes in body temperature, I had a rash and other symptoms of dengue. I was admitted to a CDI staffed by members of the Cuban medical brigade, who used all available resources to treat me.

The intensive care unit had five beds, a nurse for every patient and an intensive care specialist. After being discharged from hospital I was prescribed 10 days of rest, and the doctors made daily visits to check on my progress.

They also took other measures like fumigating the area, and thoroughly checking and sanitizing water deposits.

The doctors conducted complementary examinations to check my health parameters.

After getting the all clear I went back to work in my clinic. There was never any talk of returning to Cuba, nor did I ask. I went back to my work until I received my mission completion certification.

What was your most difficult case?

Treating patients with firearm injuries. When I received the first one during my shift I felt very nervous. The patient was screaming in pain and his companions were asking me to do something quickly. You're under a lot of pressure.

Fortunately, in this case the patient received a gunshot wound to the thigh without complications to other organs, but I was impressed with myself because I had to deal with a severe hemorrhage.

In Cuba we study the procedure to treat this kind of emergency, but we never actually see it. We are taught not to stitch up the wound but block it, stabilize the patient’s clinical parameters and later transfer them to a specialist center for surgical treatment.

What did the mission in Venezuela mean to you?

Working in Venezuela was a great learning experience for me as a professional. It also gave me the opportunity to compare different social systems. For example, I left my little girls in the care of my relations and I knew that they had everything they needed: food, security, education, health.

In Venezuela, I met children who hadn’t even been put on the civil registry and couldn’t attend school because their parents could not afford to pay for books, transportation, or uniforms. Although the Bolivarian Revolution has undertaken various actions to provide educational and health coverage to the entire population, the country still has a capitalist system in which private property rules.

Once I received a father seeking help for his son who was suffering from appendicitis. First he took him to a private clinic near to their home, but was denied treatment as he couldn’t pay for the disposable materials needed for his son’s operation.

Why did you study medicine?

I owe a lot of thanks to our social system. I got pregnant as a teenager and put aside my studies. I was a single mother. Later in 2000 the youth organization (Young Communist League) in my municipality approached me to take up my studies again. I enrolled in a comprehensive improvement course for unemployed young people, then I took the university entrance examinations and was accepted to the medicine program.

When the opportunity came to offer my services to other countries I was one of the first to sign up. I left with the greatest motivation in the world, despite having to leave my 11 year old daughter with my family. My sister helped me a lot in this sense. Plus, my second daughter had already been born and was two years old when I left.

Where are you currently working?

I work in the emergency department at the Bartolomé Maso polyclinic, located in the municipality of the same name. We have an intensive care unit with emergency medicine specialists. There, we receive patients with diabetes, hypertension, respiratory, and diarrhea.

I enjoy my work and would say that the nursing team is very knowledgeable about their profession. We also have modern equipment to treat the most common emergency cases, such as heart attacks, accidents in the home, and complications stemming from other illnesses. We adhere to nationally established medical protocols and offer treatment to people living in remote areas who could die if it weren’t for our services.

I’m currently finishing my specialty in Comprehensive Family Medicine; then I’d like to study Geriatrics. To me older adults are like fragile children and our municipality is still lacking this kind of specialist.

Will you participate on another mission?

Right now I’m preparing to go to Brazil and have completed the preparatory course in Portuguese. I talk a lot with my girls about how we are going to deal with this next separation, but they know that wherever Cuba needs me, I’ll be there.