Young people are standing in solidarity to end the U.S. blockade against Cuba 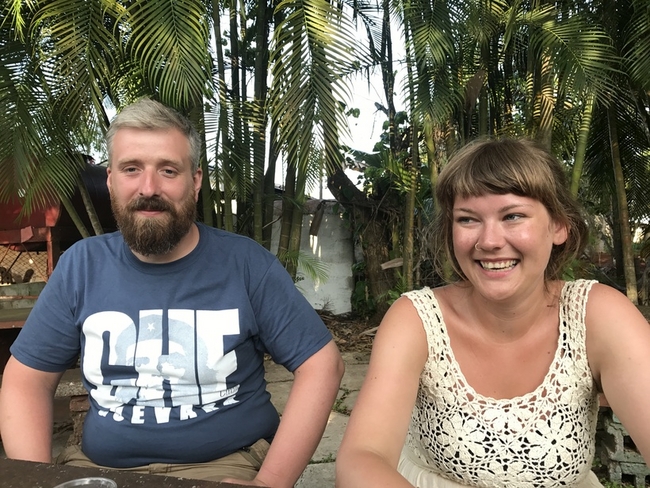 Millions in Cuba and thousands around the world, marched in solidarity with labourers in honour of International Workers’ Day, which is celebrated annually on May 1. With marches in Buenos Aires, Chicago, and Paris, International Workers’ Day (widely known as “May Day”) in Cuba not only celebrates the working class on the island, but more specifically, the Cuban Revolution and its leaders including the late Fidel Castro, Che Guevara, and Camilo Cienfuegos. While May Day in Cuba elicits much jubilance among its many participants, it is also a day that sheds light on the political tensions that continue to exist between Cuba and the United States, especially in ending what many have deemed a violation of human rights — and this is the U.S. economic and financial blockade against Cuba.

As long-time political foes, the myriad of contentious affairs between Cuba and the U.S. has manifested itself pre-and-post Cold War. While there have been other blockades on Cuba (in 1958 and in 1960, respectively) in October 1962, President John F. Kennedy initiated an indefinite embargo on almost all Cuban imports after news that Soviet missiles, under the leadership of Soviet leader Nikita Khrushchev, were positioned in Cuba. Claiming the missiles so close in proximity to the United States presented impending danger, Kennedy enacted the blockade on October 21. However, others claim the blockade was a spiteful and reactionary attack on Cuba after Fidel Castro led Cuban troops to defeat U.S.-backed and CIA trained counterrevolutionary forces at the Bays of Pigs in April 1961.

Fast-forward to the contemporary, despite President Barack Obama’s initiative to catalyse normalisation between the United States and Cuba by lifting travel restrictions, the blockade still persists. Exorbitant fines and taxes are still imposed on Cuba and the lack of access to various resources have in many ways crippled the island. According to a 2009 report by Amnesty International, the Office of the Resident Co-ordinator of the United Nations was quoted as saying the “negative impact of the embargo is pervasive in the social, economic and environmental dimensions of human development in Cuba, severely affecting the most vulnerable socio-economic groups of the Cuban population.” In a 2016 CNN article, Cuban Foreign Minister Bruno Rodriguez Parilla told the United Nations that “despite progress between the two countries, the economic and financial blockade is seriously harming the Cuban people and hurting economic development.”

Moreover, the United Nations General Assembly has consistently condemned the U.S. for the blockade and for 25 years voted to end the economic embargo. However, in 2016, the United States, for the first time ever did not vote against ending the blockade, “after opposing such measures ever year for 24 years.” While Cuba has been able to flourish in other ways in spite of the embargo via their literacy campaigns and Meningitis-B, Hepatitis-B and Dengue vaccines, countless young people around the world are standing in solidarity with Cuba to end the U.S. blockade and also for the return of Guantánamo Bay to the Cuban government.

Jenni Gunn, a 26-year old care worker from Perth, Scotland, is one of many millennials in the United Kingdom who are mobilizing and raising awareness about the effects the blockade has and continues to have on Cuba.

“It is amazing to see how Cuba has been able to thrive under unbelievable circumstances, with the blockade,” Gunn said.

“However, the blockade must be lifted and the return of Guantánamo Bay must be initiated if true normal relations are to resume between Cuba and the United States,” she continued.

A trade unionist, Gunn is affiliated with the Cuban Solidarity Campaign, a British organisation whose mission is to advocate to end “the inhumane and illegal 50-year old blockade of Cuba, for an end to the US occupation of Cuban land at Guantánamo Bay, and [in defence of] Cuban people’s right to be free from foreign intervention,” according to the campaign’s website. With over 5,000 members including local organisations and groups, the Cuban Solidarity Campaign also lobbies and fundraises for finances and sends material items to aid Cuba.

Gary Kilroy, 35, a railways engineer and activist from Liverpool, England, who is also a member of the Cuban Solidarity Campaign, emphasised the importance of ending the blockade and why global solidarity is imperative, especially in conjunction with Cuba.

“The blockade has caused immense damage to Cuba, both in the past and the present,” Kilroy said.

“We have a lot of problems right now in the United Kingdom, but if we want to make real change people and if people take a stand together, we can achieve a better world for ourselves and for others,” he said.

In wake of corruption scandals surrounding Brazilian President Michel Temer and his administration, young people from the country, like Ligia Kawata, 28, are too aligning their struggles with the Brazilian government to the endeavour of ending the blockade against Cuba. A social project coordinator from São Paulo, Kawata says she visited Cuba in May to not only understand the economic ramifications of the blockade but to see the country from a different context than what the Brazilian media and government portrays.

“I know what the media can do and what they cannot do – especially in erasing the choices we have in exploring an alternative lifestyle,” Kawata said. “Brazilian media oftentimes changes information, so we do not know the realities of what is going on in Cuba and other parts of the world.”

“That is why I came to Cuba to see what was really going on,” she said.

“And it is definitely different from what I see on television.”

Solidarity efforts to end the blockade against Cuba extend to even the youngest of activists – and this includes 11-year old, Noah McCullom. Hailing from Chicago, where racialised state violence and gun violence have been focal points of the city, McCullom is a member of both Black Lives Matter Chicago and UMedics, an organization that teaches young people in Chicago “urban emergency first response.” Discussing his first time in Cuba, he had this to say about why he believes the U.S. blockade should cease:

“I don’t think it is very fair the Cubans are judged and are disciplined for seizing their things back from the United States,” McCullom said. “The blockade is just not fair.”

Despite Donald Trump’s recent statement on Cuban Independence Day, the future of U.S-Cuba foreign policy remains opaque; as relations with Cuba have not been on the forefront of Trump’s presidential agenda. Although Trump claimed in his 2016 tweet that he would “terminate” current relations “if Cuba is unwilling to make a better deal for the Cuban people” and there is countless Republican support for the continuation of the blockade, Jonathan Batres, 24, an activist and tattoo artist from Los Angeles, California, believes the blockade will come to an end – and soon.

“The Cuban people have persevered through so much,” Batres said.

“I have the upmost faith that with the hope and perseverance of the Cuban people and the international solidarity efforts around the world, the blockade will end in the near future.”