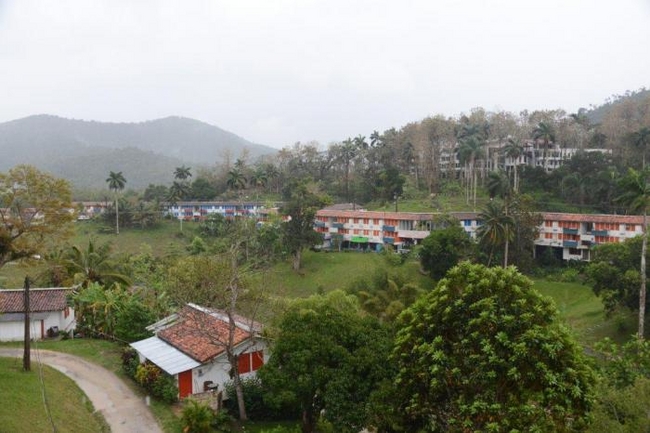 Cuba’s biodiversity is noteworthy given the presence of species of special interest nationally, regionally, and worldwide, with a high level of endemism in its flora and fauna, as well as a great variety of ecosystems. These natural assets are among the nation's most important riches.

Currently identified are 34,767 native species and 732 introduced. Within the categories with the most endemic species are flowering plants, mollusks, insects, amphibians, and reptiles.

The island's many ecosystems and landscapes, which allow for such biodiversity, range from semi-arid zones and dry scrubland, to humid forests and jungles.

The most important biological resources are concentrated in 14% of the national territory, mostly in areas which are largely untouched given their location in remote, difficult to access regions, fundamentally in mountains, swamps, and wetlands, where wooded areas are found.

The National System of Protected Areas (SNAP) includes 21.74% of the Cuban archipelago, including designated areas in various categories. There are seven Sustainable Development Special Regions, and two under consideration, which are located in five mountain ranges (Guaniguanico, Guamuhaya, Bamburanao, Nipe-Sagua-Baracoa and the Sierra Maestra), the insular Caribbean's largest wetland (Ciénaga de Zapata), and the country's two most extensive chains of keys (Sabana-Camagüey and Canarreos).

When the Cuban government took its first steps to address climate change, the National System of Protected Areas was considered key to preserving the island's biodiversity in the face of changing weather patterns.

A significant accomplishment has been the sustained growth, since 1959, in the percentage of forested land in the country, reaching 31.15% in 2016. Efforts made to foment the extension of mangroves have borne fruit, with such areas which cover 4.8% of the national territory now representing 26% of all wooded land.

The Ministry of Science, Technology, and Environment (Citma) and that of Agriculture (Minag), have launched the project “A landscape focus” to protect threatened mountain ecosystems, proposing a new point of view in the conservation of biodiversity and the management of protected areas in Cuba, moving from a site-specific approach to a broader conception.

A landscape focus provides a practical, integrated way to manage habitats in a heterogeneous geographic area's full range of landscapes, composed of groups of interrelated ecosystems, be they natural or created by human action. This approach implies accepting human beings and their socio-economic system as a component of the landscape.

An essential measure is the establishment of biological corridors in the mountains to prevent ecological isolation, and managing in an integrated manner the mosaic of different types of land use, with the goal of linking natural ecosystems and sustainable productive activities to protect biodiversity and the environment.

The aspiration is to make a turn toward conserving biodiversity on the landscape level, via the linking of fragments of threatened mountain ecosystems, reconciling economic and environmentalist interests.

This approach seeks to mitigate the loss of biodiversity and increase the capacity of ecosystems to produce environmentally-friendly goods and services, to improve the standard of living of residents in mountain areas.

The project contributes to the fulfillment of the United Nations Sustainable Development Goals, in particular Number 15: Life on Earth - meant to protect, restore and promote the conservation and sustainable use of terrestrial and other ecosystems; managing forests sustainably; restoring degraded lands; successfully combating desertification; reducing degraded natural habitats; and ending biodiversity loss.

Also included are six water basins of national interest; 25% of the country's natural forests; and the principal protected areas.

The effort will be carried out by Citma's Environmental Agency via the Institute of Ecology and Systematics, with financing from the UN's Environment Fund and Development Programme.

Also participating are other entities from this ministry and those of Agriculture and Higher Education, as well as the Ministry of Interior's corps of forest rangers.

The development of this project makes clear the government's commitment to continuing to raise the population's standards of wellbeing, particularly in areas such as the recovery of ecologically damaged areas, the promotion of education, health, and gender equality, as well as the political will to allocate the limited resources available to the country to efforts with the greatest economic and social impact.