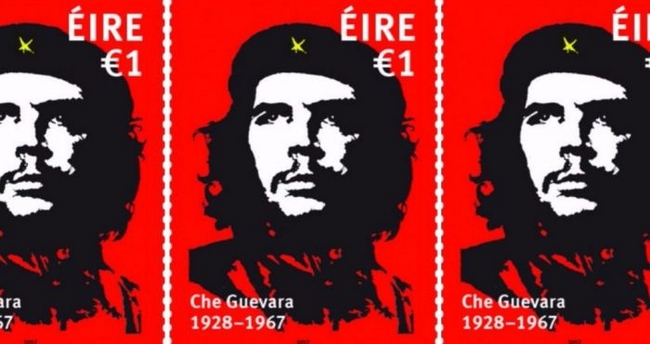 ÉIRE: An Post has issued a one euro stamp featuring the face of Che Guevara, a leading figure in the Cuban Revolution of the 1950s and 1960s.

The stamp, which features a famous image of Guevara by Dublin artist Jim Fitzpatrick, commemorates the 50th anniversary of the revolutionary’s death on October 9th, 1967.

His father was Ernesto Guevara Lynch, a civil engineer of Irish descent.

A quote from Ernesto, “in my son’s veins flowed the blood of Irish rebels”, features on a First Day Cover envelope to accompany the stamp.

Designed by Red&Grey, the stamp is based on Mr Fitzpatrick’s artwork, which appears on t-shirts, posters, badges and clothing worldwide and is now rated among the world’s top 10 most iconic images.

It is available from main post offices, from the stamp counters at Dublin’s GPO or online at irishstamps.ie.