Cuba’s Cultural Sector Slammed By Partial Closure of US Embassy 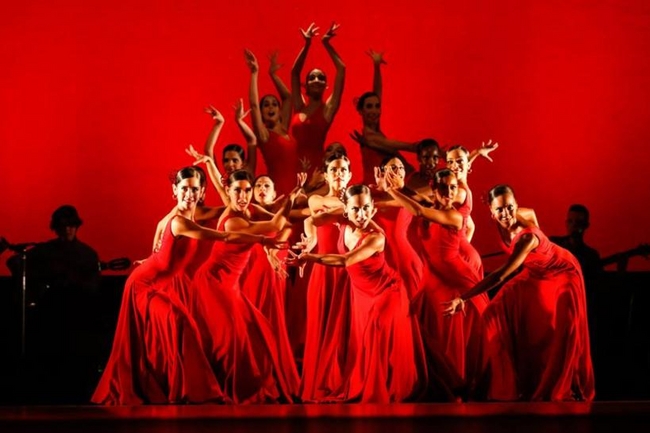 Cuba’s Cultural Sector Slammed By Partial Closure of US Embassy

On September 29, 2017, the US State Department ordered a partial closure of the US Embassy, resulting in a complete shutdown of operations in the consular section. All visa processing services were indefinitely suspended. The justification for the decision was based on unexplained health incidents affecting US diplomats and spies serving in Havana over the last year. Despite opposition from both sides, including opposition from the American Foreign Service Association, the US embassy in Havana effectively suspended over half of its services indefinitely.

The Cuban groups documented below show the human and cultural cost of the suspension of visa services at the US Embassy in Havana.

The internationally renowned Cuban dance company Lizt Alfonso was due to perform the premiere of “Latido” in its tenth tour of the United States. The dance group had three sold-out performances planned at the Meany Centre of Performing Arts in Seattle, Washington and two shows planned at the performing arts centre of the University of Arizona in Tucson, Arizona. Just one month before the date of the beginning of the tour, all performances had to be cancelled. None of the dancers could receive a visa.

Lead by successful Cuban restaurant owner Niurys Higueras, seven Cuban chefs were invited to compete in a cooking competition in Tampa Bay, Florida. The chefs specialised in international food and baking and had been planning for the competition s ix months in advance. Niurys had booked the competition placements, flights, and hotels when they got word that the chefs could no longer get visas to the US. It would’ve been the first trip out of Cuba for over half of the chefs.

Two Cuban skaters from the Cuban skateboard brand Toda Fuerza were invited to the Tampa Am Skate Contest. The group had been planning for the competition for over a year. Alvaro Lores and Camilo Fajardo got their first passports and had an appointment at the US Embassy on October 16. Both had to miss the event due to the suspension of visa services at the embassy. Steven Andrew Garcia, the creative director of Toda Fuerza laments that “it’s unfortunate that our Cuban arts and athletic project is constantly overshadowed by American politics.”

The Cuban theatre company Ludi Teatro was invited to perform at the international festival of the Chicago Latino Theatre Alliance (CLATA), the city’s first international theatre festival. Nine members of Ludi Teatro applied for P-3 visas, usually given to artists on tour. The headlining Cuban group was planning on performing their work “The Mirror” from October 19-22 at the festival called “Destinos”.

Their tour was cancelled due to the partial closure of the US embassy, as none of the actors could receive a visa from the United States. The executive director of the festival, Myrna Salazar, announced the cancellation. “Because CLATA strives to engage in a global artistic exchange to break down barriers that separate our cultures and communities, it is with great regret that we must cancel the performances by Ludi Teatro,” she announced. “We did everything we could to obtain the visas, but the trip to the US for the Cuban company has been made impossible.”

The attorney for the Chicago Latino Theatre Alliance, Bill Martinez, responded to the cancellation of Ludi Teatro’s tour in Chicago. “What this says about our nation’s role in shaping a positive future for future generations through engagement and dialogue is profoundly hurtful. Culture is communication. Building yet one more wall, one more barrier, to stop the communication that comes from our cultural exchanges does not reflect any value we can be proud of. This does not make America great.”