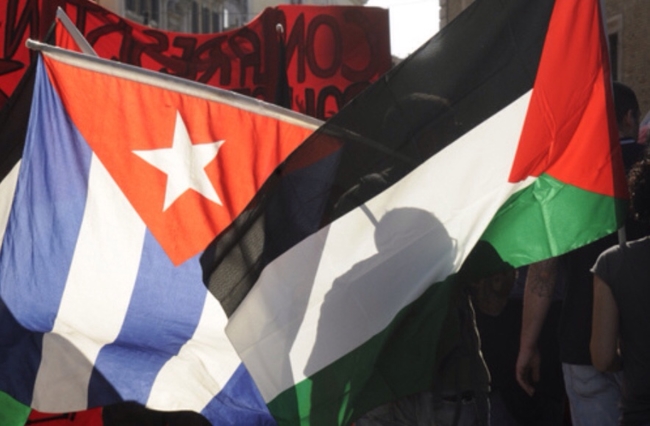 Cuba reaffirms solidarity with the Palestinian people on the occasion of the re-election of its Representative to the UN as Vice-Chair of the Committee on the Exercise of the Inalienable Rights of the Palestinian People.

The Ambassador, Permanent Representative of Cuba to the United Nations, Mrs. Anayansi Rodríguez Camejo, was re-elected as Vice-Chair of the Committee on the Exercise of the Inalienable Rights of the Palestinian People, based on a decision adopted by acclamation by all members of the aforementioned Committee, at a plenary meeting held with the presence of UN Secretary-General, António Guterres, last february 5th.

The Secretary-General was responsible for presenting candidatures for senior posts in the Committee, with the Senegalese Ambassador to the United Nations being re-elected as Chairman, the Ambassadors of Afghanistan, Indonesia, Namibia and Nicaragua as Vice-Chairpersons together with Cuba, and the Ambassador of Malta as the Committee´s Rapporteur.

During her words of appreciation for this appointment, the Cuban Ambassador reaffirmed the island's commitment and solidarity with the Palestinian cause and urged all Committee members to renew and intensify their efforts to fulfill their mandate at the current juncture. In that regard, she reiterated Cuba's deep concern at and rejection of the unilateral declaration by the President of the United States concerning the recognition of Jerusalem as the capital of Israel and the transfer of its embassy, describing it as a serious and flagrant violation of the Charter of the United Nations, international law and relevant United Nations resolutions.

She concluded by expressing that Cuba will continue to strongly support a comprehensive, just and lasting solution to the Palestinian-Israeli conflict, based on a two-State solution that would allow the Palestinians the right to self-determination and to have an independent and sovereign State, with its capital in East Jerusalem and its pre-1967 borders

(Cubaminrex/ Permanent Mission of Cuba to the United Nations).