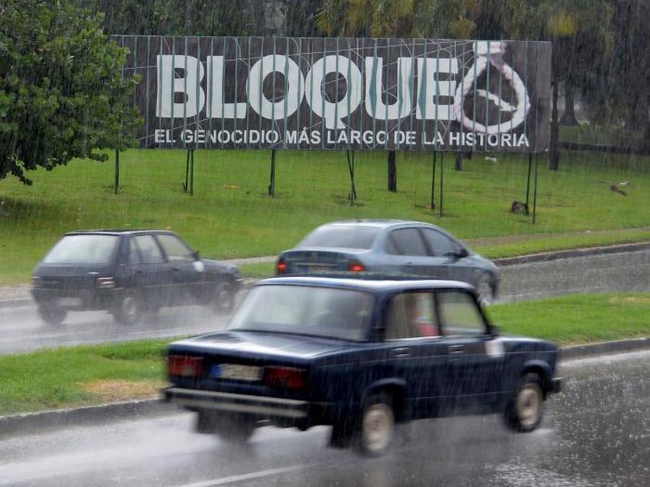 The main obstacle to the development of the Cuban economy’s potential is not related to nature but to an immoral way of doing politics: the economic, commercial, and financial blockade imposed by the United States on Cuba

When a hurricane is identified as a threat to the island, all Cubans begin to worry. Despite measures adopted by our Civil Defense system to protect human life and material resources, it is well known that the powerful winds and rain show no mercy.

Every natural phenomenon that strikes leaves damage that must be repaired as soon as possible. Thus, some plans are put on hold to free resources for the recovery, and the state cannot move forward as fast as it would like.

However, paradoxically, the main obstacle to the development of the Cuban economy’s potential is not related to nature, but to an immoral form of politics: the economic, commercial, and financial blockade imposed by the United States on Cuba.

The numbers are clear. Over almost 60 years, the most unjust, harsh, unrelenting system of unilateral sanctions that has ever been imposed on any country has caused the country damages amounting to over 933.67 billion dollars. From April 2017 to March 2018 alone, the impact was 4,321,200,000 dollars.

The current U.S. administration, far from desisting in this hostile policy, has reinforced it, and implemented it rigorously.

The blockade puts a brake on the implementation of both the country’s National Economic and Social Development Plan and the UN 2030 Agenda and its Sustainable Development Goals.

It is the main obstacle to the development of economic, commercial and financial relations between Cuba and the United States and, due to its extraterritorial nature, with the rest of the world.

The U.S. government has taken a step back in bilateral relations with Cuba, following President Donald Trump’s signing of the "Presidential National Security Memorandum on the Strengthening of U.S. Policy towards Cuba," on June 16, 2017, which endorsed among its objectives the tightening of the blockade.

In November of that same year, the U.S. Departments of Commerce, Treasury, and State issued new regulations and provisions to comply with the aforementioned Memorandum.

The measures adopted further restricted the right of U.S. citizens to travel to our country and imposed additional obstacles to the limited opportunities allowed U.S. companies in Cuba, by establishing a list of 179 Cuban entities with which U.S. institutions, corporations, and individuals are prohibited from conducting transactions.

The new sanctions against Cuba have caused a significant decrease in visits from the United States, and have generated greater obstacles to economic and commercial relations of Cuban companies with potential U.S. and third-country partners.

These measures not only affect the Cuban state economy, but also the country’s non-state sector.

The ongoing persecution of Cuban financial transactions and of banking and credit operations with Cuba on a global scale has intensified. This has caused serious damage to the country’s economy, in particular, to commercial activities of companies and national banks in their work with international banking institutions. (National news staff)

Source: Cuban Report regarding resolution 72/4 of the United Nations General Assembly, entitled "Necessity to end the economic, commercial, and financial embargo imposed by the United States of America against Cuba."