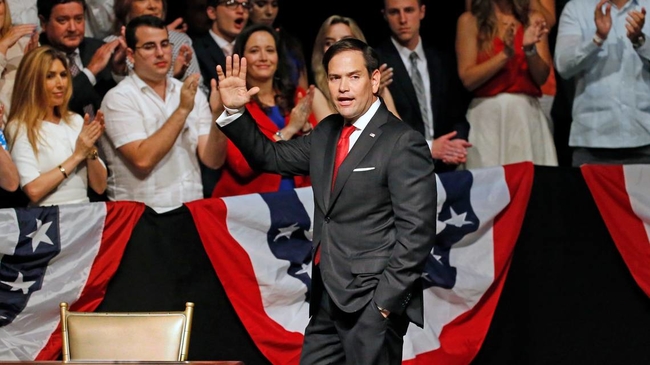 The White House is considering taking steps to allow thousands of Cuban Americans to sue in U.S. courts foreign companies and others who now control real estate on the island that was seized from them by the Cuban government.

A day before Trump’s National Security Adviser John Bolton delivers a speech in Miami outlining how the administration will increase pressure on Latin America, McClatchy has learned that the White House has discussed the proposal with Sen. Marco Rubio and other South Florida lawmakers who have been pushing the administration to take more concrete steps against Cuba.

Rubio, who is seen as one of the president’s principal advisers on Western Hemisphere issues, has pushed the proposal with the White House, National Security Council and State Department and is also pressing for the administration to expand the list of Cuban companies that can be sanctioned. He also wants Trump and other Cabinet leaders to press allies to lobby Cuba to stop backing Venezuelan President Nicolás Maduro.

If implemented, the measures would be the strongest actions taken against Cuba since the Trump administration kicked dozens of Cuban diplomats out of Washington after bizarre sonic events sickened 25 U.S. personnel in Havana. It is the latest example of how the Trump administration is rolling back efforts by President Barack Obama and former Cuban ruler Raúl Castro to ease more than a half-century of hostility.

“The problem is that the State Department almost never wants to take actions that it considers will cause problems with its allies,” said Otto Reich, a former assistant secretary for Western Hemisphere affairs under George W. Bush.

On Thursday, Bolton will unveil more details about Cuba’s role in Venezuela in a public address at the Freedom Tower in Miami. The White House announced earlier this month that it would turn up the pressure on Cuba.

Senior administration officials have accused Cuban officials of helping guide Venezuela’s intelligence and counterintelligence efforts that have helped Maduro keep control of agitated Venezuelans who have sought to remove him.

Nearly 6,000 claims filed by people who were U.S. citizens at the time their properties were confiscated by the Castro government have been certified by the U.S. But the U.S. government has routinely suspended a provision of the controversial law, the Helms-Burton Act of 1996, that allows Americans to sue foreign companies with businesses in the U.S. that have also invested in those properties on the island. The U.S. is worried that such cases would alienate allies and flood the courts. Secretary of State Rex Tillerson suspended it most recently, in January.

Rubio and Rep. Mario Diaz-Balart, R-Fla., proposed that the administration return the authority, which was transferred to the State Department under the previous administration, back to the White House, according to people familiar with the lawmaker’s thinking. That would make it easier for Trump, described in Cuban-American political circles, as a “non-conventional” president, to open the gate to the lawsuits.

With Bolton and Mauricio Claver-Carone, who was one of the most outspoken critics of the Obama administration’s Cuba policy, now serving as the NSC senior director for Western Hemisphere Affairs, it is seen as more likely that the White House would allow the suits to be carried out.

“Rep. Diaz-Balart and Sen. Rubio work closely together on a number of issues,” a statement sent by Diaz-Balart’s office said. “They have made various proposals to the White House, many of which have never become public.”

For some Cuban Americans, this is the moment they have been waiting for a long time.

“If this happens under the Trump administration it would be huge for our community and would send a strong message to the world that the U.S. will protect the rights of their citizens,” said Nick Gutierrez, a lawyer representing the owners of sugar mills confiscated by Castro. “Not everyone will sue but many people will.”