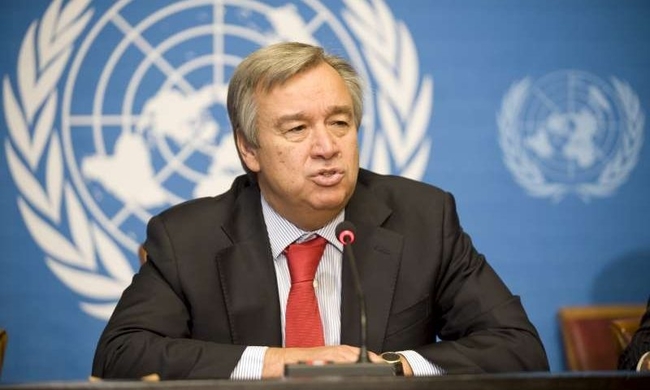 In his annual report, Guterres said that the State Bank of India (SBI) and at least four other banks have refused to carry out transactions to enable the companies to export to Cuba.

UNITED NATIONS: The US embargo on Cuba is preventing Indian companies from sending medicines and development-related equipment to the Caribbean island nation, according to Secretary-General Antonio Guterres.

In his annual report to the General Assembly on the US embargo on Cuba, he said that the State Bank of India (SBI) and at least four other banks have refused to carry out transactions to enable the companies to export to that country.

The report figured in last week's General Assembly discussions on US sanctions against Cuba.

By an overwhelming majority of 189 to two, the General Assembly on November 1 passed a resolution crticising the embargo and asking Washington to lift it.

In his report Guterres said that in February, the Indian company Aculife had refused to ship levofloxacin directly to Cuba because its bank "would not authorise the payments made by Cuba since the shipping documents supporting the payment had a country under embargo as the final destination".

Levofloxacin is a drug used to treat pneumonia, bacterial skin infections, bronchitis and other diseases, according to the report.

The Ahmedabad-based Aculife said on its website that it manufactures "intravenous antibiotics including general and advanced molecules" like levofloxacin.

The reluctance of banks to handle payments related to Cuba has also affected a development project with a climate change dimension, Guterres said in the report.

It was reported in March that Ankur Scientific Energy Technologies had said it could not export to Cuba equipment for a gasification plant that uses rice husks because five Indian banks had refused to carry out a transfer from the office of the UN Development Programme (UNDP) in Cuba to it, he said.

The Vadodara-based company had reported that the SBI refused to receive the UNDP payment "because the transaction is related to a project implemented in Cuba", the report said.

"It has been impossible to fulfill the payment to the supplier and the implementation of the project has been delayed."

It is "an ongoing development project that aims to implement measures to adapt to climate change in food production, a gasification plant that uses rice husks", the UN chief said.

Ankur Scientific says on its website that its technology converts various waste products into combustible gas that can be burned to produce energy for different uses.

India has opposed the US embargo on Cuba enacted after communists under Fidel Castro came to power in 1961.

Guterres said in his report that India informed the UN that it "has consistently opposed any unilateral measure by countries that impinge on the sovereignty of another country. These include any attempt to extend the application of a country's laws extraterritorially to other sovereign nations."