Cuban Presidency Calls to Celebrate the Triumph of the Revolution 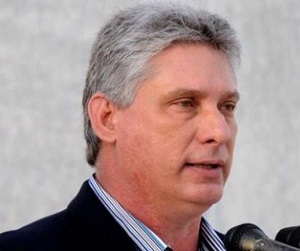 Cuba”s Presidency has called on the nation today to celebrate on January 1 the triumph of the Revolution on its 60th anniversary and highlighted the main ceremony on the occasion planned for Santa Ifigenia cemetery in Santiago de Cuba.

‘We will celebrate the 60th anniversary of the triumph of the Cuban Revolution with Fidel, Marti, Cespedes and Mariana Grajales’, the presidential office wrote in its @PresidenciaCuba Twitter account.

In its message on the social network, the Presidency released statements made on the eve by the first secretary of the Communist Party in the eastern province of Santiago de Cuba, Lazaro Exposito, with details about the celebration.

Exposito pointed out in the radio and television program ‘En Línea contigo’ (In line with your) that the event will be attended by a thousand people from Santiago, while another two thousand will be able to see it on a giant screen that will be placed in the Heredia theatre.

It also meant the symbolism that represents celebrating the triumph of the Revolution in the patrimonial cemetery that houses the remains of the historical leader of the Revolution, Fidel Castro, the apostle of independence and national hero, Jose Marti, the mother of the homeland, Mariana Grajales, and other heroes.