Women and the 'revolution within the revolution' 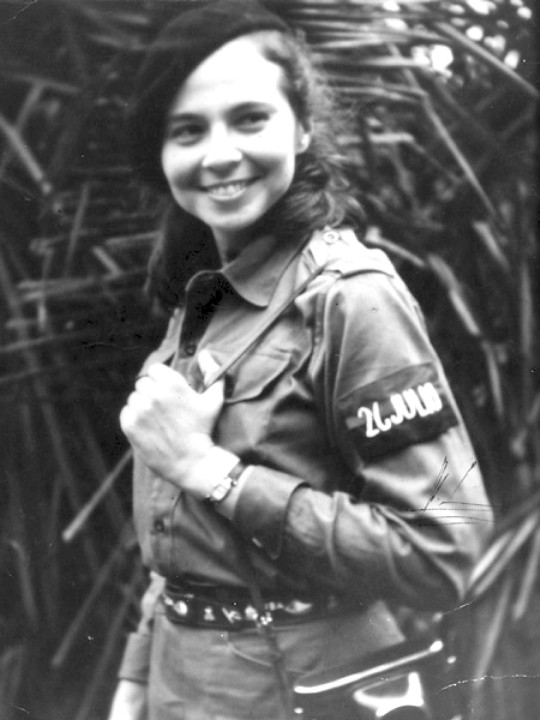 Vilma Espin founded the Federation of Cuban Women in 1960

FROM the outset, the revolution sought to reverse the inequalities which existed in Cuban society.

Although women made up only 17 per cent of the labour force, and were the primary victims of the illiteracy that afflicted much of the population, they played a key role in the fight against the Batista dictatorship.

Through underground organisations such as the Frente Civico de las Mujeres Martianas and Mujeres Unidas Oposicionistas, and later as part of the all female guerilla squadron “Mariana Grajales,” Cuban women helped win the revolutionary war. Celia Sanchez, Melba Hernandez, Haydee Santamaria and Vilma Espin played key, but less publicised roles both in the armed struggle and later in the revolutionary government.

Women, like other marginalised groups, benefited from the political, economic and cultural transformation of society brought about by the revolution, but still faced (and face) the cultural machismo inherent in Cuban society after five centuries of Spanish colonial rule.

Challenging this and lobbying for equal rights and an end to discrimination is at the forefront of the work of the Federation of Cuban Women (FMC), founded by Vilma Espin in 1960. This non-governmental organisation now has more than four million members (91 per cent of the female population) and is the largest mass organisation in Cuba and the biggest women’s organisation in Latin America.

The FMC spearheaded what Fidel heralded as the “revolution within the revolution,” and contributed to the drafting of the first constitution and Family Code which explicitly guaranteed women economic, political, social, cultural and family rights.

Through the work of the FMC, Cuba pioneered sexual and reproductive rights. It was the first Latin American country to legalise abortion in 1965, which together with contraception are free. Cuban parents receive generous maternity and parental leave, with both parents entitled to 40 weeks leave on 60 per cent of pay, once the mother has completed 4.5 months on full pay.

The FMC can propose and is consulted on legislation and how it will impact on women. Since 1997 all government ministries have a responsibility to ensure their policies contribute to the advancement of the female population and must give annual accounts on what they have done to achieve this.

Such policies have resulted in impressive statistics for women’s health and achievements.

Despite achieving exceptional indicators and attainments for a low income country, the FMC is first to point out the challenges still faced.

Although the Family Code states that men and women must share household and family responsibilities equally, this is unenforceable, and many women still work a “double shift,” especially when caring for elderly relatives. Dania Rodriguez Gutierrez, from the FMC’s international relations department says “we need more democracy in the family and to break down macho stereotypes which still exist in Cuban culture and are embedded in Cuban families.”