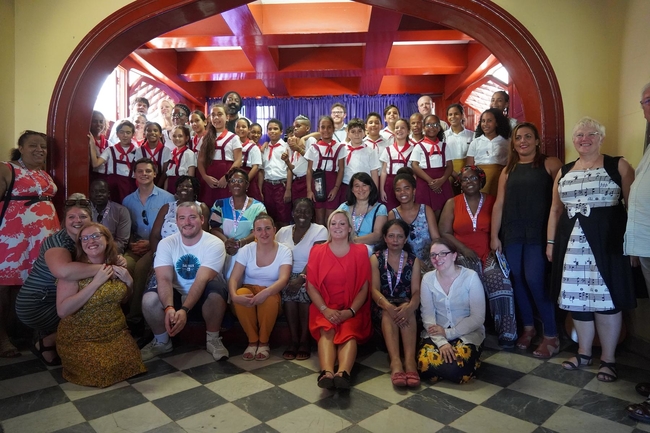 The NEU delegation visited Cuba in October half term 2018

In October 2018, 25 teachers visited Cuba for a week as part of a solidarity delegation organised by the National Education Union (NEU) and Cuba Solidarity Campaign (CSC), where they visited eight schools, including primary, secondary, music and special needs schools and participated in a full programme including meetings with Cuban trade unionists.

A series of articles have been published in the Morning Star by the NEU delegates, where they have reported back on their experiences from the delegation:

'Working Together: Education and Community in Cuba', by Lucy Coleman, an early years teacher in Oxfordshire

'The rhythm of socialism' by NEU delegate Neil Sledge