US tightens sanctions against Cuba - and threatens more to follow 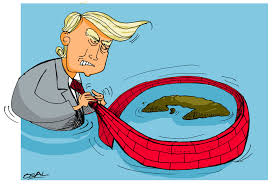 On Monday, the Trump administration announced measures to tighten the blockade of Cuba by allowing lawsuits against Cuban companies nationalised after the Revolution in 1959. Secretary of State Mike Pompeo issued a notice that Title III of the Helms-Burton Act would be partially imposed to allow legal action in US courts against 200 Cuban business and government agencies on a US government sanctions list.

He also announced that Title III would be suspended for only a further 30 days, sending a clear threat, that more sanctions may be forthcoming. The 30 day suspension deliberately creates uncertainty around trade with Cuba, aimed to prevent any future investment.

The full implementation of Title III would open up US courts to 200,000 law suits and create bad feeling internationally. Since Helms Burton was enacted in 1996, every US president has waivered Title III to avoid trade disputes with countries which have investments in Cuba. Laws exist in some countries to prohibit them complying with Title III actions.

The partial waiver of Title III comes into affect on 19 March, but the Trump administration indicated that more sanctions would follow after the suspension of Title III expires after a further 30 days on 17 April.

“Today expect the United States to take the first in a series of steps to hold the regime in #Cuba accountable for its 60 years of crimes & illegality which includes its support for the murderous #MaduroCrimeFamily, Justice is coming. And more to come.”

John Bolton, National Security Advisor to President Donald Trump linked the sanctions to Cuba’s support for Venezuela in a tweet which said, “Cuba’s role in usurping democracy and fomenting repression in Venezuela is clear. That’s why the US will continue to tighten financial restrictions on Cuba’s military and intel services. The region’s democracies should condemn the Cuba regime.”

The Cuban Foreign Ministry (MINREX) issued a response which rejected “in the strongest terms the new escalation in the US aggressive behaviour against Cuba”, which was “intended to tighten the blockade and expand its extraterritorial effects.”

“Since its entry into force in 1996, the Helms-Burton Act has sought to universalise the economic blockade through brutal and illegal pressures exerted by the United States against third countries, their governments and companies. It is intended to suffocate the Cuban economy and generate or increase shortages among the population with the purpose of imposing in Cuba a government that serves the interests of the US,” it read.

Title III allows former owners (or their descendents) of properties nationalised after the revolution, regardless of whether or not they were US citizens at the time, or the fact they may have abandoned properties to sue for compensation. If enacted, Cuba would be forced to return, or pay compensation to the US claimants for the “house where they live, the area on which their communities are built, the arable land where they farm their products, the school where their children are educated, the hospital or polyclinic where they receive medical assistance, the place where their workplace is located or where they have a private business, and also for subsidised services such as electricity, water, and communications enjoyed by the population,” according to the MINREX statement.

Nationalisation in Cuba were carried out in accordance with international law, and all previous owners were compensated, apart from in the US government were the government refused to accept the offer, unlike Spain, Canada, UK and France, with whom agreements were made and met.

The Cuban statement made clear that “those who resort to procedures or mechanisms under the Helms-Burton Act to the detriment of others shall be excluded from possible future negotiations” on compensation.

The statement concluded that although the US action would hinder Cuba’s economic development, the “United States will keep on failing to achieve its main purpose of submitting by force the sovereign will of Cubans and our determination to build socialism.”

Further reading:
Trying to sue socialism: Trump ratchets up the pressure on Cuba