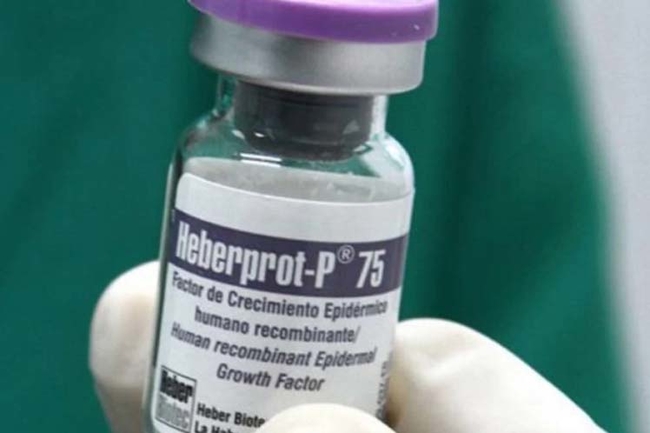 Caracas, Aug 28 (Prensa Latina) More than 100,000 Venezuelan patients have benefited from the Cuban medication Heberprot-P to treat diabetic foot ulcers, since the medicine began to be used in this country in 2008, researcher Jorge Berlanga said. The medicine, applied in the Bolivarian Republic thanks to the political will of Commanders Hugo Chavez (1954-2013) and Fidel Castro (1926-2016), reduces the risks of amputations by 99.7%, the doctor stated. 'Eleven years have passed since Heberprot-P was certified in Venezuela. The first patient was treated on August 18, 2008, at a Caracas hospital, so we are proud to have contributed to the health of the Venezuelan people,' the Cuban specialist said. During the event to mark the 14th anniversary of the signing of the Sandino Commitment in 2005 by Chavez and the leader of the Cuban Revolution, to ratify solidarity among the peoples, Venezuelan President Nicolas Maduro stressed that the racist model of Donald Trump and the solidarity model of the Bolivarian Alliance for the Peoples of Our America are in dispute in Latin America. 'What we do in Venezuela is take care of the poorest, provide free health care, we have an inclusive and scientific social protection system,' Maduro said.
| top | back | home |