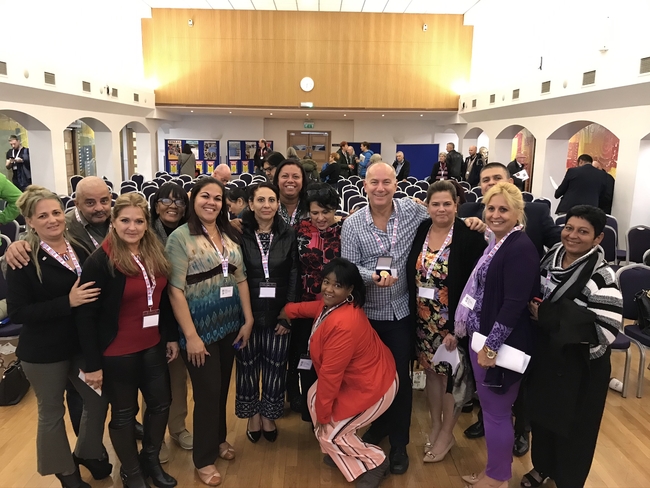 The Cuba Solidarity Campaign Director Rob Miller was awarded a medal at the Unions for Cuba Conference from the Cuban trade union movement in recognition of the work of solidarity from CSC in Britain.

Carmen Lopez Rodriguez, Deputy General Secretary of the CTC (Cuban Trade Union Federation) awarded Rob Miller with the special medal which commemorates the 80th anniversary of the founding of the CTC.

"We are handing over the medal to Rob, but really it is in recognition to all of you for all the work that you done for Cuba, in recognition of Cuba, and that you will continue working on into the future, because, working together, a better world is possible."