Punishing travel, a constant goal in Trump's policy against Cuba 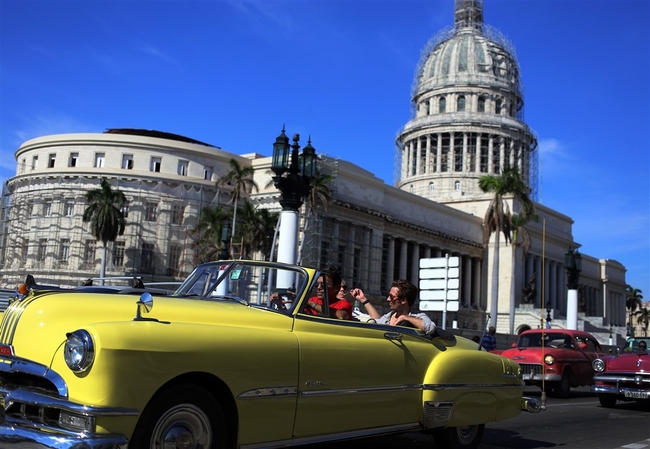 US Bans Charter Flights to Cuban Cities Outside Havana
By Martha Andrés Román Washington, Jan 11 (Prensa Latina) US president Donald Trump and his administration continue their attacks against travel to Cuba, by pushing restrictions on charter flights that will make it even more difficult to visit provinces outside of Havana.

In a statement released on Friday, the Secretary of State, Mike Pompeo, informed he asked the Department of Transportation (DOT) to suspend until further notice all public charter flights between the United States and Cuban destinations other than José Martí International Airport of the island's capital.

The statement added that nine airports in the neighbouring country will be affected, and said operators of that service will have a period of 60 days to discontinue all affected flights. Also, Pompeo added that the DOT will also limit charter flights directed to the aforementioned Havana air terminal, which will be defined in an order to be issued in the near future.

This action is a new blow for the already affected air communication between the two nations, because by a similar measure last December 10, when the Trump administration cancelled all flights of US commercial airlines to Cuban destinations outside the capital.

From the beginning of this restriction, charters saw their trips increase, mainly due to the demand of thousands of Cuban-Americans who need to visit their relatives in different provinces of the country away from Havana.

That alternative still present will disappear next March with the new decision, which will impose more restrictions on families, because routes that previously delayed only the time of travel by plane, will demand much longer movements by land from the capital to the final destination.

The Republican executive said he seeks to prevent the government of the Caribbean country from having access to income from US travellers; and mentioned as grounds for adopting these measures alleged violations of human rights and the support of the Antillean country to the constitutional government of Nicolás Maduro in Venezuela.

The same as with the previous restriction, this Friday's announcement raised voices of condemnation against the Washington decision, which denounced that with it the Cuban people and families in both nations are harmed, while also limiting freedom of travel for Americans, who are forbidden to go to Cuba as tourists. 'Who will be harmed by this? Families, mothers, fathers, sisters, brothers, sons, daughters. The Trump administration is hurting Florida and Cuban-American families ... again', said Democratic Congresswoman Kathy Castor on Twitter.

The Trump administration's 'New Year's gift' to the Cuban people highlights the cynical nature of current politics and a serious disconnection between the stated goal of 'supporting the Cuban people' and the real-time effect damaging it, said in turn, Collin Laverty, president of the Cuba Educational Travel organisation.

For the ambassador of the Greater Antilles in the United States, José Ramón Cabañas, the objective of this measure is to limit the number of people who see the reality of the neighboring country for themselves. In addition, six organisations issued a joint statement in which they condemned the new flight restriction and called on the country's Congress to pass the Freedom Act for Americans to travel to Cuba in 2019. Stopping the ability of Cuban-Americans to see their families is a violation of human rights.

It is a cynical and cruel political act that is below the values and dignity of this great country, said James Williams, president of Engage Cuba, one of the groups that signed that declaration. This blow to the flights was criticised, in addition, by Cubans residing in the southern state of Florida, including Carlos Rafael Diéguez, journalist for Radio Miami, who told Prensa Latina there is no doubt that the Trump administration, 'together with the anti-Cuban ultra-right of Miami, proposes to end the Revolution, but will not succeed. '

The more measures the US government imposes against the island, the greater the unity of the Cubans, Diéguez said. The most affected are families and peoples, but Cuba and Cubans do not give up, that should be very clear, said Elena Freyre, president of the Foundation for the Standardisation of Relations between the United States and Cuba.

We will never stop travelling to visit our relatives and our country, Freyre emphasised, and her words seem to be corroborated by figures released this week by the island's foreign minister, Bruno Rodríguez, who reported that more than 623 thousand Cubans living abroad visited their homeland in 2019.

Of that total, and despite previous regulations adopted by the US executive, 552 thousand 816 visitors came from the United States.