TAKE ACTION: Help Cuba fight COVID-19 and the US blockade 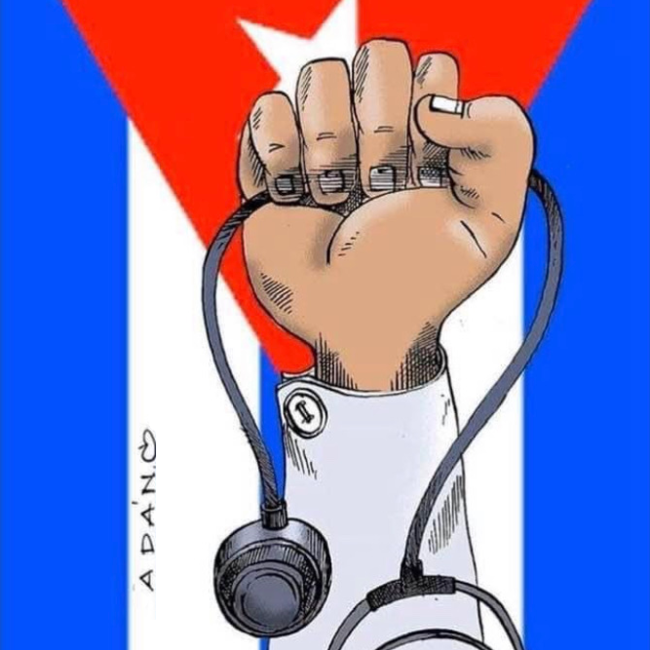 Help Cuba fight COVID-19 and the US blockade

Cuba has shown international solidarity to Britain and other countries during this global pandemic, now is our chance to show our appreciation.

Join the call on the British government to make urgent representations to the Trump administration to lift the blockade today.

Add your name to the open letter here

In recent days the island has sent highly skilled medical brigades to many countries including Italy, Grenada, Jamaica, Nicaragua and Venezuela to support foreign health services overwhelmed by the scale of the crisis.

On 18 March the Cuban government offered safe haven to passengers of the stricken British cruise ship MS Braemar allowing it to dock in Havana when many other countries had refused. British Foreign Secretary Dominic Raab publicly thanked Cuba for this assistance in a statement to the UK parliament.

It has also made its anti-viral drug Interferon Alfa-2b available to nations around the world to help in the treatment of patients infected with COVID-19.

The island’s altruistic response to the global emergency continues a long history of Cuban humanitarianism. In the last 56 years 400,000 Cuban health workers have responded to natural disasters and helped build health services in 164 nations. This includes sending medical brigades to Pakistan in the aftermath of the Kashmiri earthquake (2005), to Haiti to assist with the devastating cholera outbreak following the earthquake (2010), and to West Africa in the region’s fight against Ebola (2015). Cuba has also trained 35,613 health professionals from 138 countries at its Latin American Medical School since 1998.

As we write, Cuba is itself combating the spread of coronavirus within its own population and needs access of medical equipment and resources to safeguard the well-being of its most vulnerable citizens. Cuba has always put the humanitarian needs of people first, regardless or borders or politics. At this time of international crisis, the US blockade is criminal, not only for its impact on the Cuban people, but also for hindering their ability to assist in the worldwide battle against the virus.

The Cuba Solidarity Campaign sends its eternal gratitude to the Cuban medical teams for their inspirational example of global solidarity. At the same time we call on the British government to make an urgent representation to the US to end its blockade immediately, or at the very least to temporarily suspend it to allow vital supplies of food, fuel and medical equipment to the Cuban people. The Cuban people supported the British people in a time of need. This is a chance to demonstrate our appreciation.