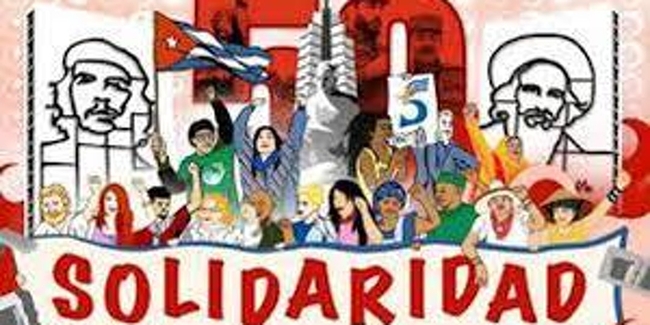 The global health crisis may have prevented direct exchanges between Cuba and Britain in 2020 but we have been able to bring people from Cuba, the US, Canada and Britain together to discuss challenges and responses to the pandemic through online meetings.

Cuba has suffered doubly in the last few months as the Trump administration uses every opportunity to further tighten the blockade against the island, going so far as preventing a delivery of vital PPE and ventilators.

As the US government continues to block fuel shipments, spends millions on its campaign to discredit Cuba’s international medical brigades, and tries to isolate the island both economically and politically, it is vital that we maintain the bonds of friendship and understanding built up over many years.

Join our speakers who will discuss what solidarity and friendship between our two islands means to them, how the blockade is exacerbating impact of COVID-19 on the island, and how we can support Cuba during this difficult time. The UK campaign to award the nobel Peace Prize to Cuban medical brigades will also be launched during the meeting.