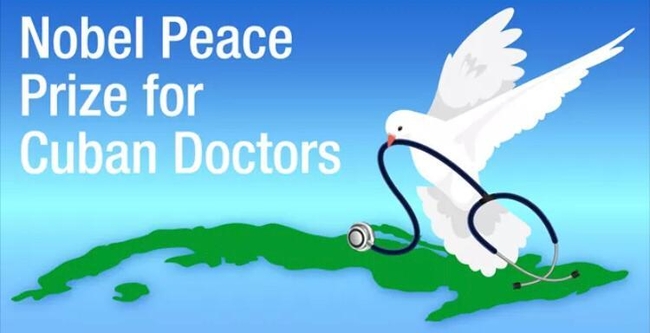 Maxine said, "I hope that millions of people will get the opportunity to hear of this amazing story of human solidarity across borders."

The Henry Reeve International Medical Brigade is made up of thousands of Cuban doctors, nurses and technicians who have travelled across the world to treat people in emergency situations in the last 15 years. More than 3,700 worked alongside health workers in 39 countries to help fight COVID-19 in the last years alone.

The video message was broadcast to hundreds of attendees in the Cuba Solidarity Campaign's online event last night, "Responses to the US election – what now for Cuba?"

The campaign's petition currently has over 6,000 signatures and many MP's and academics formally submitting nominations to the Nobel Committee. (link to Grahame story)

Maxine went on to add that "this form of international sharing and cooperation is surely the only way we will be able to emerge from this current crisis."