The democracy business in Cuba is bustling 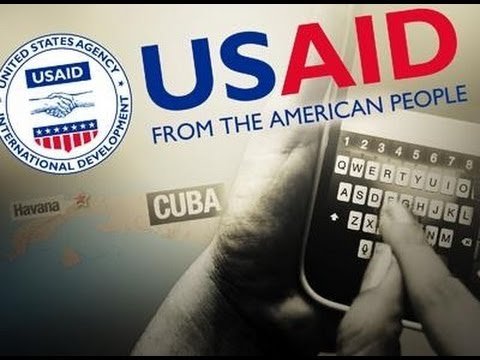 A sprawling network of U.S. government-financed groups sends cash to thousands of Cuban democracy activists, journalists and dissidents each year.

At any given moment, dozens of organizations manage democracy programs on the island. Public records reveal only fleeting glimpses of the mosaic. Some programs are so secret that the recipients of funds are never disclosed. General details about other programs are found in public records, but they operate in Cuba with the utmost discretion.

U.S. officials say they can’t reveal details of Cuba programs to protect participants from reprisals. Democracy-building strategies are considered “trade secrets” and are exempt from disclosure under the Freedom of Information Act, or FOIA, according to letters I have received from the State Department and the Agency for International Development.

Some media reports in recent weeks have focused on the Digital News Association Inc. On Oct. 12, I reported that USAID had awarded the Florida company $410,710 to promote human rights in Cuba. On Tuesday, a journalist friend asked me if I knew if any of the money was channeled to ADN Cuba, a popular website featuring news about Cuba. It’s a logical question because the CEO and executive director of the Digital News Association is Gelet Martinez Fragela, founder of ADN Cuba, but I told the journalist that I had no idea how the news association was using the money.

A broader question – and I don’t know the answer to this one, either – is whether U.S. government-financed groups are funneling money to the Movimiento San Isidro or San Isidro Movement, which puts on musical shows and performance art.

Members have been protesting the Nov. 9 arrest of rapper Denis Solís, a San Isidro member who was given an 8-month jail sentence for insulting a police officer. Other Cubans have since joined the protest and are demanding not only that Solís be freed, but that the socialist government boost freedom of expression and other basic rights.

As interest in the San Isidro Movement grew, the State Department on Nov. 24 offered up to $1 million for programs that would increase “civil, political, religious, and labor rights in Cuba.” Officials are seeking proposals that would “strengthen the capacity of independent civil society groups in Cuba to advance civil and political rights on-island and to increase accountability of Cuban officials for human rights violations and corruption.”

While the announcement doesn’t mention the San Isidro Movement, it’s possible the State Department may be trying to strike before the protest subsides, but I can’t be certain of that.
Connecting events and dissident groups in Havana to U.S. funding is notoriously difficult. It’s not just the secrecy, but the sheer number of organizations operating in Cuba.

At least 54 groups have operated USAID- or National Endowment for Democracy-funded Cuba programs since around the time Donald Trump took office in January 2017.

Programs generally last from 1 to 3 years. The chart below shows a sampling of groups that have received a total of $16,569,889 in grants from USAID since 2017. See interactive graphic. The chart shows that even though USAID may report funding only five or six groups in a given year, 9, 10 or 11 may still be in operation from previous year grants. So there’s more activity going on than meets the eye.

This chart shows how much USAID expects to pay the groups over time. The amount totals $67,020,757, but will likely be lower because it depends on funding from Congress, which is not assured. But you can see that the continuity in funding also moves forward in time. See interactive graphic.

Now add to the picture the 40 organizations that the NED has funded for Cuba projects since around 2017. The total number of groups comes to 54, based on a quick count of organizations that are the most visible. The groups include:

Not included in the 54 are groups that receive secret funding. The State Department, USAID and NED all report having “undisclosed” or “miscellaneous” contractors whose names aren’t revealed.
Subcontractors are another big unknown. Large NGOs receive grants of $1 and up, and routinely hire subcontractors, but their names aren’t made public.

Another mystery is how many Cubans receive money from U.S. financed-organizations. Tax records give meager clues. In 2018, for instance, the Directorio Democrático Cubano reported paying 746 “employees, agents and independent contractors” a total of $103,647.

But it’s impossible to know just how much of the U.S. democracy money winds up in Cuba and how many people are paid.