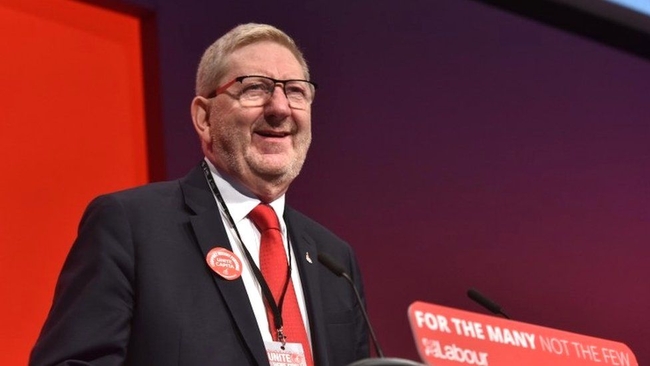 Unite, the UK’s leading union, which has long supported progressive causes in Latin America, has declared its belief that recent disturbances in Cuba have at their root cause the inhumane blockade imposed by the United States on Cuba and which adversely effects many countries that wish to trade with Cuba.

Unite fully acknowledges the essential grievances of Cuban workers and their families due to shortages of food, power and medicines that became more acute during the Trump presidency and have not been alleviated under President Biden.

Unite General Secretary, Len McCluskey, said: “Florida was held by Trump in last year’s presidential election. Biden, with an eye on a possible re-election campaign, has effectively thrown in his lot with the extreme Right-wing in Miami, leading members of which, including the mayor of Miami, have even advocated air strikes against Cuba.”

The United States has been running a blockade against Cuba for almost 60 years. Since 1990 the blockade has been condemned year after year as unlawful by the United Nations general assembly. The United States and its singular ally Israel are perpetually on the losing side in this vote, that even the UK under Johnson supports.

Such is the all-embracing nature of the blockade that last year a consignment of Covid-19 medical aid, including PPE, ventilators and testing equipment, was prevented from reaching the island.

Despite developing its own vaccine a shortage of syringes and other medical resources is hindering the speed of Cuba’s mass vaccine roll-out.

The United Nations estimates that the blockade has cost the Cuban economy $130 billion. Funding from the United States for Cuban opposition groups since Trump assumed the presidency has amounted to $17 million.

Mr McCluskey added: “The simplest measure President Biden could take to avert any crisis in Cuba would be to lift the blockade. The Cubans already possess the necessary infrastructure to ensure that materials and medicines get to where they are most needed.”

“Talk of a ‘humanitarian corridor’ is cover for US intervention; from Guatemala in 1954 through to Chile in 1973 and elsewhere more recently US intervention in Latin America has never been beneficial for working people.”

“We stand with the Cuban unions which have said ‘What Cuba needs is for the blockade to be eliminated.’ Unite calls on President Biden to immediately and unconditionally lift the illegal blockade.”

During the coronavirus crisis Unite is working to keep workers and the public safe, to defend jobs and to protect incomes.

Unite is Britain and Ireland’s largest union with members working across all sectors of the economy. The general secretary is Len McCluskey.

Link to the original Press Release: