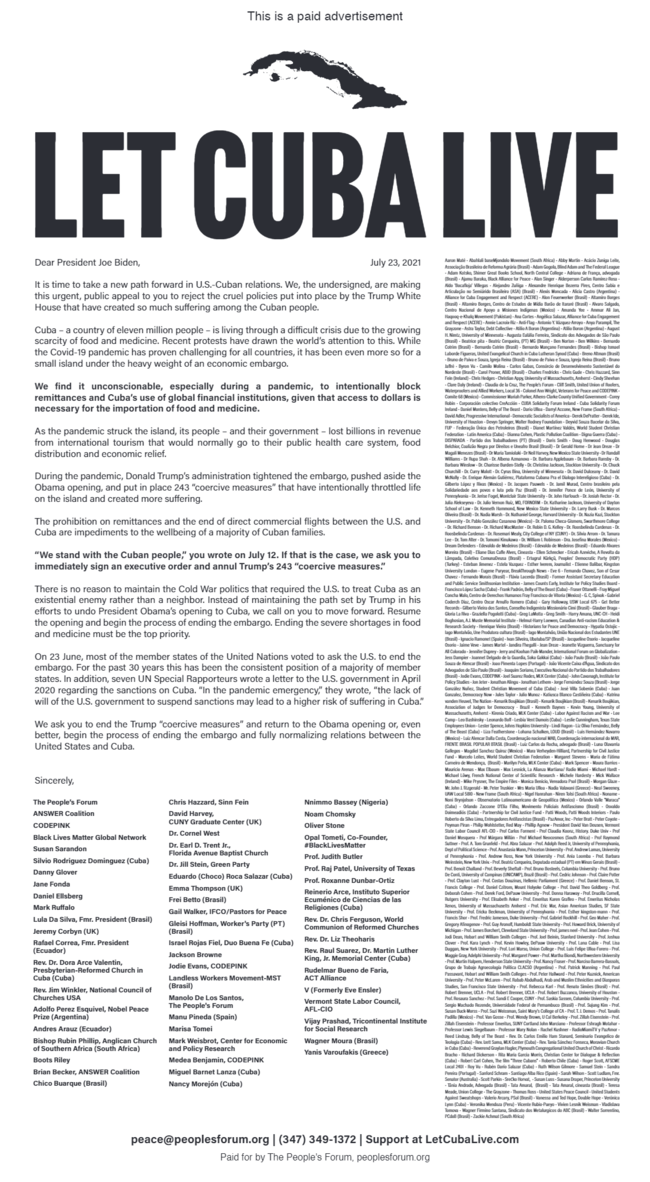 Solidarity groups across the United States have worked together to coordinate an Open letter to President Biden that has now been published in the New York Times as a full page advert.

The letter makes an urgent appeal to the US administration to lift the more than 200 coorcive measures that make up the cruel and illegal US Blocakde which they state “have intentionally throttled life on the island and created more suffering.”

The open letter has been signed by over 400 former heads of state, politicians, scientists, religious leaders, artists, musicians and activists from across the globe. It has been signed by Jeremy Corbyn MP and actress Emma Thompson.