60 years too long - End the US blockade 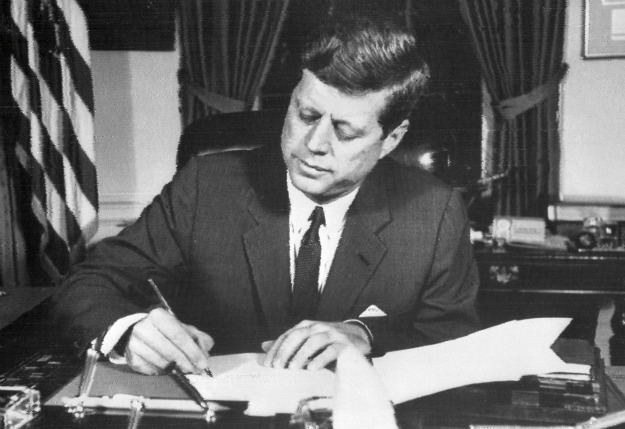 “The human damage of the blockade is incalculable. No Cuban family is spared from the effects of this inhuman policy. Nobody could honestly state that it has no actual impact on the population…The blockade is a massive, flagrant and systematic violation of the human rights of all Cuba’s people. According to Article II c) of the Geneva Convention of 1948, it constitutes an act of genocide…This is an extraterritorial economic war against a small country, already adversely affected by the recession and global economic crisis caused by the pandemic that has deprived us of much needed income.”
Bruno Rodríguez, Cuban Foreign Minister speaking at the UN, June 2021

Successive US governments have carried out a campaign of destabilisation and subversion against the Cuban Revolution for more than six decades. Fundamental to this policy has been the US blockade.

To mark the 60th anniversary of the US blockade, CSC has luanched an open letter calling on President Joe Biden to reverse Trump’s sanctions and end the US blockade.

Sixty years ago on 3 February 1962 President John F. Kennedy formalised the US blockade of Cuba by signing ‘Proclamation 3447 – Embargo on All Trade with Cuba.’ The policy officially came into play a few days later, at midday on 7 February. There were already several acts of economic and physical aggression from the US government that preceded this date. In 1959 President Eisenhower approved a programme of raids and sabotage. By 1960 he had also cancelled Cuba’s sugar quota by 95 per cent; used the existing Trading with the Enemy Act to block most US exports; and pressured Latin American countries to cut ties with the island and expel it from the Organisation of American States. In the first year of his presidency, Kennedy gave the green light to the Bay of Pigs invasion and banned US citizens from visiting Cuba without a special licence in 1961.

But it was Kennedy’s 1962 Proclamation that officially started the longest blockade in the world, and signalled the beginning of a hostile policy that his own legal advisors determined “could be regarded by Cuba and other Soviet bloc nations as an act of war.”

And it is a war: economic warfare intended to inflict the maximum suffering on the Cuban people. This was the explicitly stated goal of the policy as set out in a 1960 State Department memorandum which calculated that by “denying money and supplies to Cuba,” the US could “bring about hunger, desperation and overthrow of government.”

With the exceptions of President Carter, who briefly ended travel restrictions, and two years of rapprochement under Barack Obama’s presidency, successive US administrations have maintained and tightened the blockade.

In 1982 Regan placed Cuba on the US ‘State Sponsors of Terrorism’ list hindering international financial transactions. In 1992 Congress passed the Cuban Democracy Act, which included restrictions on US subsidiaries in other countries and prevented ships from travelling to the US for 18 months after docking in Cuba. Congressman Robert Torricelli who sponsored the Act said it was intended to "wreak havoc on that island."

The 1996 Helms-Burton Act codified the extraterritorial nature of the blockade, providing measures to penalise any company that invested in properties nationalised by the Cuban government, and to give support to groups that sought a change in the Cuban government and economic system. Until President Trump, every US president for 23 years waived the part of this legislation (Title III) which enabled Cuban-American former owners of properties to sue for damages.

President Trump launched a draconian policy of “maximum pressure” against Cuba and in less than four years introduced 243 new sanctions and punitive measures – 90 of which cruelly came during the COVID-19 pandemic.

The impact of the blockade on the lives of Cubans has been brutal. In 1997 the American Association for World Health reported that it had “dramatically harmed the health and nutrition of large numbers of ordinary Cuban citizens” and “caused a significant rise in suffering — and even deaths — in Cuba” through “critical shortages of even the most basic medicines and medical hardware.”

Cuba estimates it has cost the economy more than $135 billion in the last six decades. Between April 2019 and March 2020, financial loses amounted to $5.570 billion. The COVID-19 pandemic exposed the cruelty and immorality of the sanctions. In July 2020, a UN special rapporteur concluded the blockade was “obstructing humanitarian responses to help the country’s health-care system fight the COVID-19 pandemic.”

In June 2021, Oxfam joined US NGOs to blast the policy which they said “did nothing to help the Cuban people” and that “seeking to provoke hunger, especially during a global pandemic is unjust and immoral.” They called the Biden administration’s decision to defend their position at the United Nations General Assembly (UNGA) vote “a shameful embarrassment.”

30 years of UN votes
This year will also witness the 30th United Nations General Assembly vote on Cuba’s annual resolution demanding an end to the US sanctions. Since 1992 the UN has condemned the blockade, apart from in 2020 when the vote was postponed due to the pandemic. All along, the United States and Israel have opposed the resolution, alone on ten occasions. Only once have they abstained: in 2016, the year that Obama travelled to Havana following the all too brief rapprochement in Cuba-US relations. Twelve months later Donald Trump was in the White House and the US vote reverted to the norm. In June 2021, 184-2 countries voted in favour of Cuba. Only the US and Israeli governments stood against the rest of the world – Colombia, Ukraine and Brazil abstained.

The US blockade has not achieved its objective of overturning the Cuban Revolution. It has alienated the US government in Latin America, brought condemnation from around the world, and caused immeasurable pain to the Cuban people. The only people to have benefited from the failed policy are those exile groups in Florida, beneficiaries of a ‘regime change’ industry which has seen millions of dollars in US government funding channelled to them through USAID and the National Endowment for Democracy.

In 2011, describing the blockade policy, former US Senator Gary Hart said: “Though it started out to be a measure of an administration's resistance to Castro's politics, it very soon became a straitjacket whereby first-generation Cuban-Americans wielded inordinate political power over both parties and constructed a veto over rational, mature diplomacy.”

The same can be said today. Florida politicians wield undue influence on the White House. President Biden has maintained Trump’s policy of “maximum pressure”, even though its key architects and supporters – right-wing, Republican Cuban Americans in Florida – are unlikely to vote for him for doing so.

For the last few years, as a result of Trump’s extra sanctions and the pandemic, Cubans have faced an increasingly dire economic situation. Food shortages, long queues, and a lack of medicines have pushed the nation into the worst economic and humanitarian crisis it has faced in recent history.

In the midst of such hardship, Cuba has continued to inspire. It sent more than 4,000 medics to 40 countries to help fight COVID-19. It started to roll out its ambitious ‘Tarea Vida’ (Life Project) plan to confront global warming and rising sea levels on the island. And most impressively, it has developed homegrown COVID-19 vaccines which have saved countless lives in Cuba, and may provide a lifeline to countries in the global south.

Climate change and global pandemics bring real threats. Engaging with Cuba on these issues would be in the best interests of the US as well as Cuba. But first the White House needs to break away from an archaic blockade policy, born in the early days of the ‘Cold War.’

With the stroke of a pen, President Biden could reverse all of Trump’s measures, reopen negotiations with the Cuban government, and start working towards normalising relations and ending the blockade.

To mark the 60th anniversary of the US blockade, CSC has luanched an open letter calling on President Joe Biden to reverse Trump’s sanctions and end the US blockade.

Today marks 60 years of the Cuban embargo. What exactly is it?

Cuba Embargoed: U.S. Trade Sanctions Turn Sixty - a timeline and archive of the blocakde
This archive displays a chronological history of the embargo’s history and evolution through a variety of documents including memos. The archive was curated in light of the 60th anniversary of blockade by William M. LeoGrande, Peter Kornbluh, and George Gelzer, George Washington University Archives 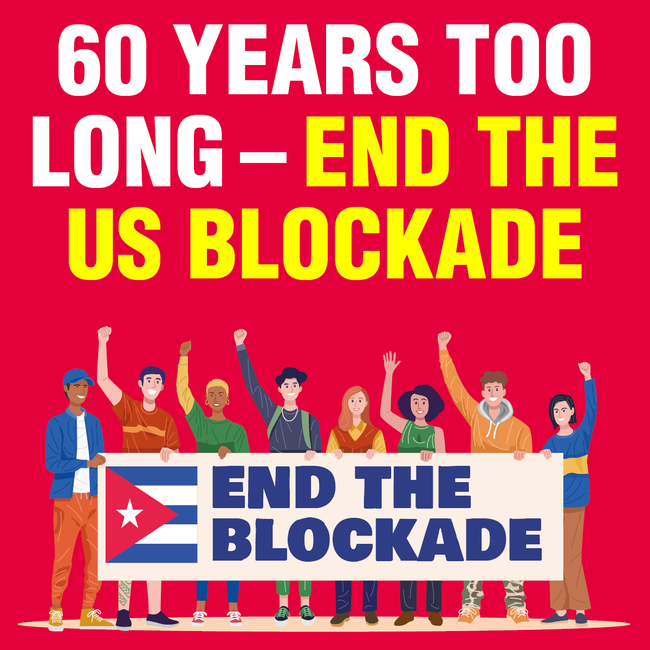