60 YEARS TOO LONG - END THE US BLOCKADE

Reverse Trump’s sanctions, engage with Cuba, and end the US blockade.

Sign our open letter calling on President Biden to stop suffocating the Cuban people by ending the inhumane US blockade which enters its 60th year in February 2022.

As US sanctions against Cuba enter their seventh decade we are writing to urge you to take action to end this anachronistic policy which causes real suffering to the Cuban people. With the stroke of a pen, you have the power to make a material difference to the lives of millions of Cubans and embark on a path of peace and cooperation with the Cuban people.

In June 2021, the United Nations’ General Assembly voted 184-2 in favour of ending the US embargo. There is international agreement that the policy causes shortages of essential goods on the island. The extra measures imposed by the Trump administration, and the impact of the COVID-19 pandemic has exacerbated this, causing severe scarcity in medicines and food. The international development agency Oxfam released a 92-page report in May 2021 which stated that US government policy “represented a real obstacle to the procurement of mechanical ventilators, face masks, diagnostic kits, reagents, vaccination syringes and other necessary materials to address COVID-19.”

You will recall that in December 2021, 114 members of your own party in Congress also wrote to ask you to take “immediate humanitarian actions” to “suspend US regulations that prevent food, medicine, and other humanitarian assistance from reaching the Cuban people” and called for a move towards cooperation and to normalise relations with Cuba.

The experience of countless other countries around the world shows that where cooperation and dialogue exist, the doors open to constructive and beneficial relations for both parties. Indeed, when you were Vice President during the Obama administration’s brief rapprochement with Cuba, discussions were held and accords signed on environmental protection, migration, money laundering, medical cooperation, disaster response, and counter-narcotics initiatives. During the pandemic, Cuba has developed three successful COVID-19 vaccines, and is currently trialling a further two, which could benefit US, and the world’s, citizens.

We appreciate that ending some of the sanctions against Cuba would require acts of Congress, but there are many, including all of those imposed during the “maximum pressure” policy of the Trump administration, which could be reversed by an executive order. Simple measures such as allowing families in Cuba to receive remittances from relatives and friends abroad; lifting travel and flight restrictions to permit increased family reunions; removing restrictions on financial transfers to make it easier for those in other countries to send medical aid and to trade with Cuba would make an immediate difference and improve the livelihoods of millions of Cubans.

As we reach the 60th anniversary of the signing of ‘Proclamation 3447 - Embargo on All Trade with Cuba’ by President John F. Kennedy in 1962, we urge you to break from this archaic and petty ‘Cold War’ policy which does nothing but isolate the US in international forums and among its close neighbours in Latin America.

Doing this would genuinely help the Cuban people and demonstrate a clear break from the Trump era policy of confrontation and aggression - to one driven by humanitarianism, compassion and cooperation. 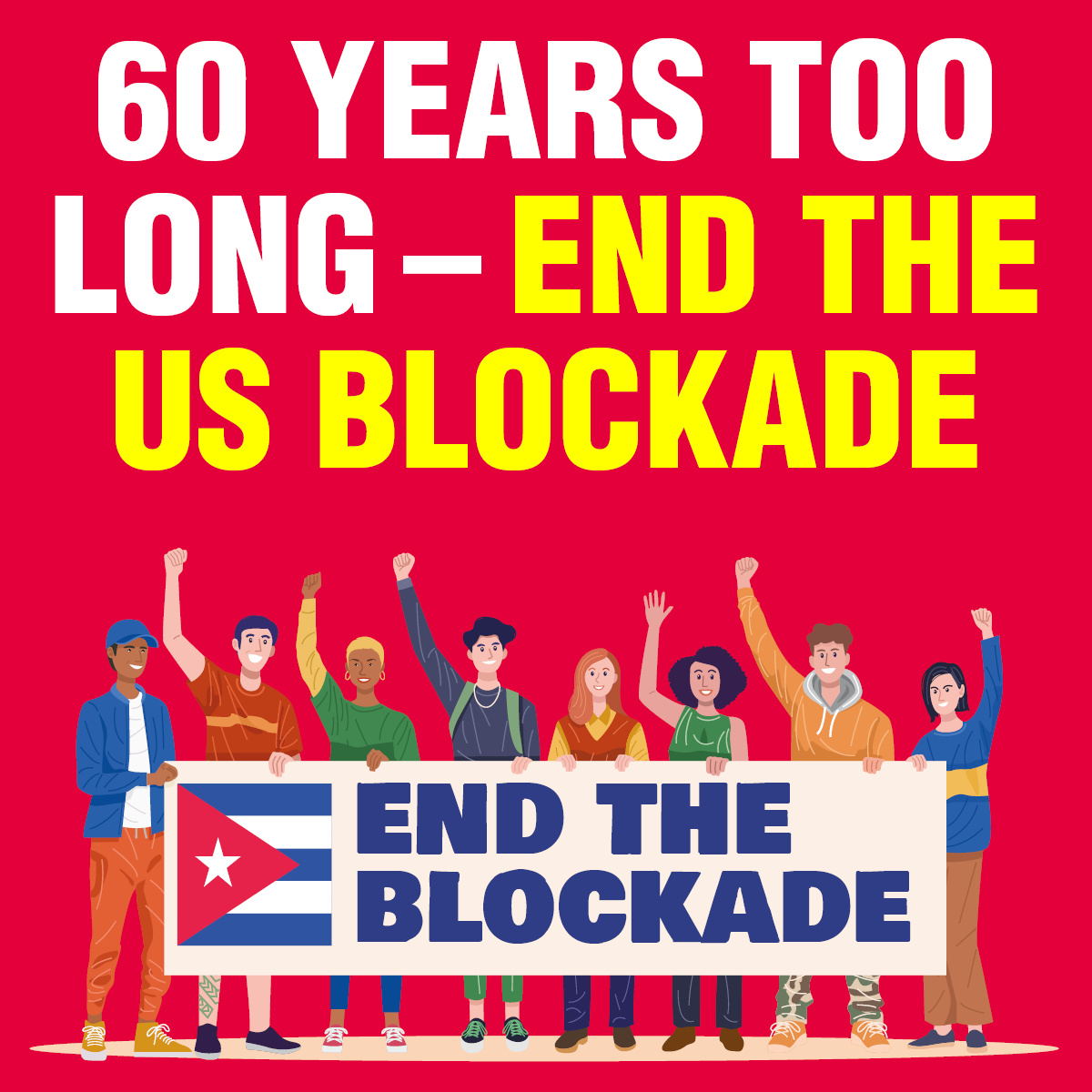 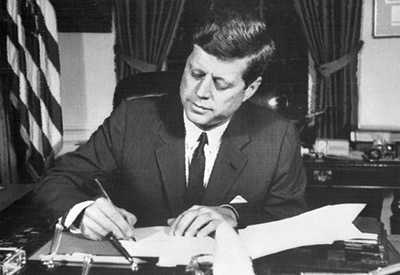 60 years of the US blockade
- find out more