As the island celebrates this anniversary, it does not only look to the past. Cubans know that the Revolution is still a project for the future. Not only for Cuba, but for all humanity, says Frei Betto 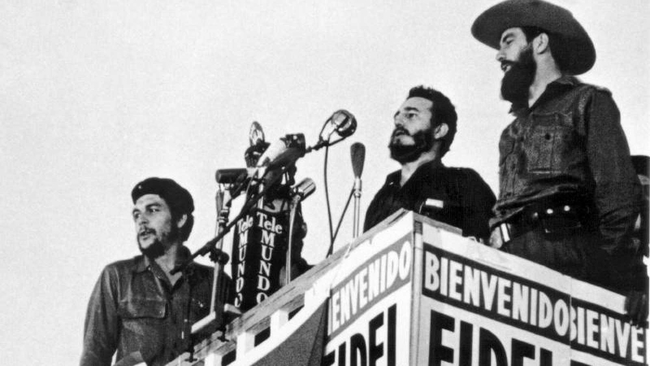 The first of January 2019, the 60th anniversary of the Cuban Revolution. Who would have predicted it would last? For the arrogant intelligence services of the United States, the audacity of the bearded rebels of the Sierra Maestra to remove Cuba from the control of Uncle Sam was "a bad example" that should be erased as soon as possible from the pages of history. The CIA mobilised and trained thousands of mercenaries, and Kennedy sent them to invade Cuba in 1961. They were shamefully defeated by the Cuban people. And, in addition, the hostility of the White House led Cuba to align itself with the Soviet Union. The shot backfired. The US attack against Cuba ignited the Cold War, as demonstrated by the October Missile Crisis the following year.

Uncle Sam did not let up. The US government transformed the Cuban exiles in Miami into terrorists who shot down planes, exploded bombs, promoted sabotage. And they spent a fortune trying to achieve the most spectacular terrorist goal: to eliminate Fidel. There were more than 600 assassination attempts. All failures. Fidel died in his bed, surrounded by his family, on November 25, 2016, shortly before the Revolution turned 58.

The invasion of Girón failed, the blockade was imposed on Cuba in 1961, a measure criticised by three popes who visited Havana: John Paul II (1998), Benedict XVI (2012) and Francisco (2015). But the White House does not hear sensible voices. It prefers to isolate itself, accompanied by Israel, when the General Assembly of the United Nations votes every year on the subject of the blockade. In 2018, for the twenty-seventh time, 189 countries demonstrated against the blockade against Cuba in the UN vote.

After the fall of the Berlin Wall and the demise of the Soviet Union in 1989, the prophets of doom announced the end of Cuban socialism. The domino theory could not fail ... They were wrong. Cuba resisted, endured the ‘special period’ and adapted to the new times of globalisation.

The Americans learned that lesson painfully in Vietnam, from 1955-1975. Attacking Cuba would have meant confronting popular resistance. After the humiliation suffered in Southeast Asia, the White House preferred not to take the risk.

Why does Cuba upset so many who falsely associate capitalism with democracy? Because Cuba persuades intellectually honest people, who don’t get carried away by anti-communist propaganda based on prejudices and not on facts, that in spite of a global campaign against the Revolution, in Cuba nobody dies of hunger, walks barefoot, is illiterate over six years old, or needs to pay for education or healthcare, be it flu or complex heart or brain surgery. In the United Nations Human Development Index (HDI), which includes 189 countries, Cuba occupies a better place (68) than most countries in Latin America, including Brazil (79).

While capitalism emphasises competitiveness as a value, the Revolution instills in the Cuban people solidarity. Thanks to this, in the 1960s and 1970s, Cuba sent troops to help African nations liberate themselves from European colonialism and win independence. Raúl Castro was one of the few foreign heads of state who was granted the right to deliver a speech at Mandela's funeral because the Government of South Africa recognised the importance of Cuban solidarity for the end of Apartheid.

Thanks to solidarity, Cuban teachers and doctors have worked in the poorest and most remote areas of more than one hundred countries. And thanks to the ethical principles of the Revolution, in Cuba there are no families living under bridges, street children or beggars lying on the side of the road.

Have the Cuban people created a paradise? Far from it. Cuba is a poor nation, but it is a decent one. Why, then, do some leave? The truth is that people leave from any country facing difficulties. They leave Spain, Greece, Turkey, Brazil, Venezuela and Argentina. But who are they? From Cuba, it is those that believe the propaganda of capitalist consumerism that El Dorado lies north of the Rio Grande. The same people who celebrate the emigration of a few Cubans never wonder why there has never been a popular demonstration in Cuba against the government, as in France (the yellow vests) and also recently in Tunisia (2011), Egypt (2011), Turkey (2016), and before in the United States (Seattle, 1999).

Are there soldiers or police on every corner in Cuba? Pope Jean Paul II stated that during his visit to Havana he had been struck by not seeing military vehicles on the streets as he saw in so many other countries. The greatest weapon of the Cuban resistance is the conscience of the population.

The Cuban Revolution turns 60! It’s still young for a country that is an island three times over: for geography, for the blockade, and for being the only one in the history of the western hemisphere that has opted for socialism. And when Cubans celebrate, they do not look only to their past victories in the midst of many challenges and difficulties. Inspired by Martí, Che, Fidel and Raúl, Cubans know that the Revolution is still a project for the future. Not only for Cuba, but for all humanity. A future when differences (of language, culture, sex, religion, race, etc) are no longer cause for divergence, and social inequality is confined to the archives of researchers as an abominable historical reference, just as slavery is today.