Celac Calls for Return of Guantanamo Territory to Cuba 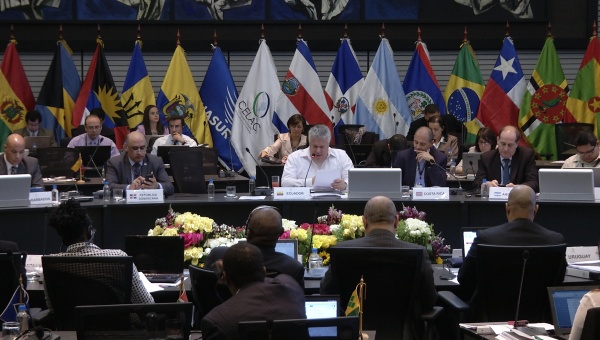 The regional body met to discuss how member states will move forward with the 2020 Agenda.

The return of the Guantanamo Bay Naval Base territory to Cuba and a call for dialogue of various sectors over the political crisis in Guatemala were two of the statements released by representatives of the Community of Latin American and Caribbean States, or Celac, nations. Representatives of this regional body met at the headquarters of the Union of South American Nations, or UNASUR headquarters in Quito, expressing a desire to strengthen regional cooperation and integration.

“The return to Cuba of the territory occupied by the U.S. naval base in Guantanamo is one of the elements that has to be included in the context in the process of normalization. And Celac has understood that. And, Celac has had a continuous position of supporting Cuba with regard to the U.S. blockade,” said Cuban Vice Minister of Foreign Affairs Abelardo Moreno to teleSUR English.

The Celac body is looking to strengthen ties with China, Russia, Japan and other countries. China committed to investing US$65 billion in the region at the Celac-China Summit in January.

Ecuador's Vice Minister of Foreign Affairs Lisandro Arizaga told teleSUR English,“We have discussed the ways in which we can use the funds, how we can do it as efficiently as possible, how it can benefit all of our countries, and we want to do it as fast as possible.”

Delegates discussed the 2020 Agenda at this 13th Meeting of the Coordinators of Celac. The agenda seeks to reduce inequality, promote development in science and technology, address climate change, improve infrastructure and seek financing for development.

The Celac body has set the goal to eradicate extreme poverty in the next five years, which would benefit some 70 million people across member states.

Discussion is set to continue on how the body will achieve the goals of the 2020 Agenda, with the next Celac meeting scheduled to be held in New York in September.