By Their Words Ye Shall Know Them: the US Goal in Cuba 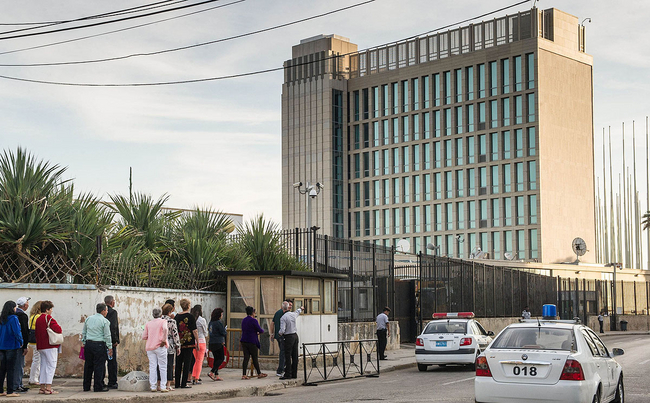 U.S. political leaders are rethinking Cuba. Business leaders have spoken out. Public opinion favors ending hostilities, even among Cuban Americans. Foreign policy specialists hold that fixing relations with Cuba may boost the U.S. image throughout Latin America. But primarily, beating up on Cuba did not work. Or, as President Obama said on December 17, 2014, “I do not believe we can keep doing the same thing for over five decades and expect a different result.”

Official statements shed light on proposed new methods, but less is said about purpose. The question arises as to whether the ultimate U.S. goal is new or is more of the same. Obama called for “begin[ning] to normalize relations to replace “an outdated approach.” (1) He explained that, “we can do more to support the Cuban people and promote our values through engagement.” New methods will not “bring about a transformation of Cuban society overnight. [Yet] through a policy of engagement, we can more effectively stand up for our values and help the Cuban people help themselves.”

Obama focused as much on the Cuban people as on their political leaders: “We are calling on Cuba to unleash the potential of 11 million Cubans by ending unnecessary restrictions on their political, social, and economic activities. In that spirit, we should not allow U.S. sanctions to add to the burden of Cuban citizens that we seek to help.” (In an offhand way he is acknowledging past grief visited upon the Cuban people.) But “[t]oday, the United States wants to be a partner in making the lives of ordinary Cubans a little bit easier, more free, more prosperous.” On July 1, 2015, while announcing that embassies would be opened, Obama noted that, “With this change, we will be able to substantially increase our contacts with the Cuban people. We’ll have more personnel at our embassy.” (2)

A press release accompanying Obama’s presentation spells out the new direction: “The U.S. efforts are aimed at promoting the independence of the Cuban people so they do not need to rely on the Cuban state. (3)

Speaking in Havana on August 14 Secretary of State Kerry added that “Cuba’s future is for Cubans to shape. Responsibility for the nature and quality of governance and accountability rests, as it should, not with any outside entity; but solely within the citizens of this country … And just as we are doing our part” – presumably no longer harassing Cubans – Cuba’s government also ought to “make it less difficult for their citizens to start businesses, to engage in trade, access information online.” (4)

Official explanations say little about past grief and suffering in Cuba at U.S. hands, but rather gloss over actual measures invoked against the Cuban people. The term “isolation” crops up as a sort of proxy version of resulting hardships. “Isolation has not worked,” Obama said, and “Today, Cuba is still governed by the Castros and the Communist Party.” What the United States actually did to accomplish its ends in Cuba evolved from a plan that, on comparison with methods being advanced by the Obama Administration now, serves to clarify differences between then and now.

The subject line of a State Department memo of April 6, 1960, says, “The decline and fall of Castro.” (5) Deputy Assistant Secretary of State for Western Hemisphere Affairs Lester D. Mallory writes that: “1.The majority of Cubans support Castro. 2. There is no effective political opposition…. 4. Communist influence is pervading the government … 6. The only foreseeable means of alienating internal support is through disenchantment and disaffection based on economic dissatisfaction and hardship. If the above are accepted …, it follows that every possible means should be undertaken promptly to weaken the economic life of Cuba. If such a policy is adopted, it should be the result of a positive decision which would call forth a line of action which, while as adroit and inconspicuous as possible, makes the greatest inroads in denying money and supplies to Cuba, to decrease monetary and real wages, to bring about hunger, desperation and overthrow of government.”

Mallory addressed his memo to the “Deputy Assistant Secretary of State for Western Hemisphere Affairs (Rubottom)” and asked if it should go to the Secretary of State. He received a green light, according to the record. Later that year President Eisenhower initiated economic sanctions.

In addition to what became an economic blockade for “denying money and supplies,” the United States resorted to military invasion, military incursions, bacteriologic warfare, terror attacks, and the Cuban Adjustment Act. The Obama administration is clearly going to be relying on new methods for achieving U.S. objectives.

Whether or not U.S. purposes are different is the main question. Mallory envisioned the “overthrow of government” and presumably his superiors did likewise. At the Summit of the Americas, in Panama, the President in April assured reporters that “On Cuba, we are not in the business of regime change.” Instead, “We are in the business of making sure the Cuban people have freedom and the ability to participate and shape their own destiny and their own lives, andsupporting civil society.” (6)

Regime change implies separating an objectionable political leadership from a population and replacing it with a more friendly leadership. Seemingly the U.S. government now seeks to remove the Cuban people from their leaders. Heaping abuse on them did not accomplish the U. S. counter-revolutionary purpose. Now they will be independent of government, at least according to U. S. rhetoric on care and nurture for the Cuban people.

By forcing the U.S. government to do something different, Cuba scored a victory after 50 years of struggle. Now the United States will be trying to engineer a rift between people and political leaders in Cuba — presumably a short term objective. Silence prevails in regard to what happens later — in the long run. However, that silence and the foregoing words together say that the ultimate U.S. goal is as before, that the Cuban revolution will go away. In gentle words, Obama casts a soft light on U.S. counter-revolutionary resolve: “Decades of U.S. isolation of Cuba have failed to accomplish our enduring objective of promoting the emergence of a democratic, prosperous, and stable Cuba.”