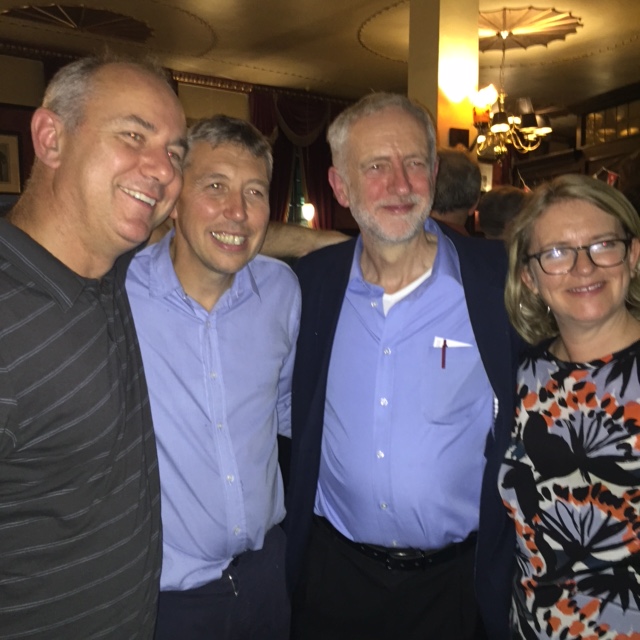 Over 150 people took part in a pub quiz night for Cuba raising funds for the Abel Santamaria School for visually impaired children in Havana.

The quiz night was part of the fundraising efforts of the intrepid group of cyclists who will cover hundreds of miles across the island in a sponsored effort to raise much needed funds for the school.

The audience gave a standing ovation to two very special surprise guests the leader of the Labour Party Jeremy Corbyn and the Shadow Chancellor John McDonnell.

Jeremy, who had in fact completed the Cuba Solidarity Campaign’s cycle ride for Cuba himself in 2002, helped draw the raffle on the night. He spoke briefly about the first few weeks since his election and thanked friends for all their support.

John McDonnell spoke about international solidarity and ended his comments with support for Cuba and the work of CSC, “We will always stand with the people of Cuba”.

The quiz organisers would like to thank everyone who helped make the evening such a wonderful success.

You can still sponsor the Cyclists for Cuba here