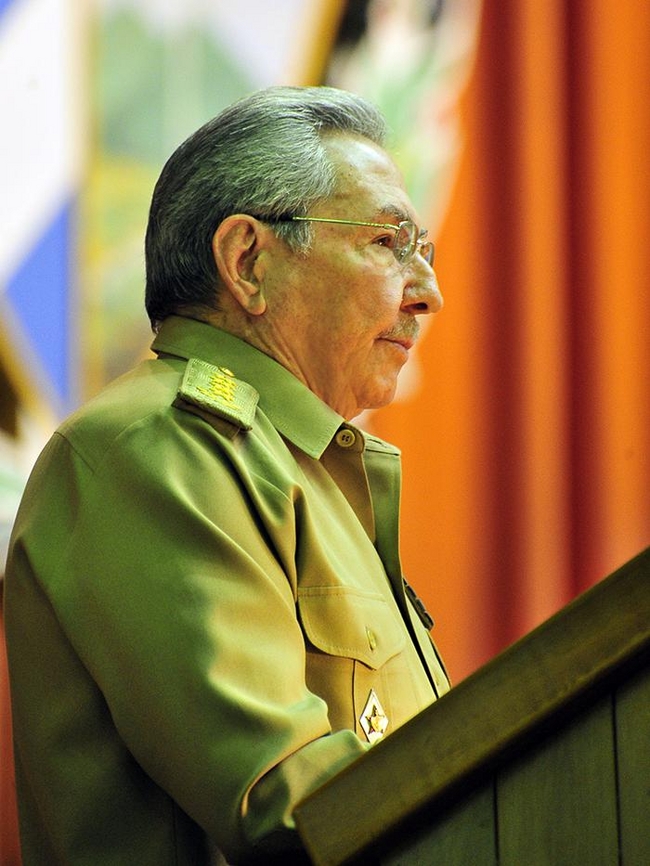 The economic plan and state budget for 2016 was approved by the National Assembly of People's Power on December 29. It was reported that the Cuban economy has grown by 4%

THE history of our Revolution is full of glorious chapters in the face of challenges, risks and threats, the President of the Councils of State and Ministers, Army General Raúl Castro Ruz, stated during his speech closing the Sixth Ordinary Session of the Eighth Legislature of the National Assembly of People's Power, December 29.

The Cuban head of state noted that despite the economic crisis and the U.S. economic, commercial and financial blockade of Cuba, the island’s Gross Domestic Product (GDP) grew by 4% this year, and will continue to grow in 2016, albeit at a slower pace.

He also noted that the number of foreign tourists visiting the country this year rose to 3.5 million; the highest number recorded to date; and reaffirmed the Cuban government’s intention to honour its commitments resulting from the agreements reached in the renegotiation of the island’s debt.

Regarding the issue of relations with the United States, President Raúl Castro stressed that Cuba has repeatedly advised the U.S. government that in order to normalise bilateral relations, the blockade must be lifted and the territory illegally occupied by the Guantánamo Naval Base must be returned, “as I explained in my statement in the Council of Ministers on the 18th, during which I also reaffirmed that Cuba should not be asked to abandon its independence cause, or renounce the principles and ideals for which generations of Cubans have fought, for a century and a half.”

With just a few days to go, before the celebration of the anniversary of the triumph of the Revolution, Esteban Lazo, president of the Cuban parliament, acknowledged the people’s contribution in efforts to build a prosperous and sustainable socialism. He highlighted the work of deputies and delegates in response to proposals, complaints and suggestions from the public.

Likewise, he reiterated that the right to independence, sovereignty and self-determination are essential to the defense of the Cuban people. He reaffirmed that “economic, diplomatic and political relations with any other state can never be negotiated in the presence of aggression, threat or coercion by a foreign power.”

Marino Murillo, a member of the Party Political Bureau, a vice president of the Council of Ministers and minister of Economy and Planning, explained that Cuba's GDP grew by 4% this year, mainly due to the acquisition of cash advances, contracts to secure credit, as well as a downward trend in the price of imports.

He noted that all sectors have seen an increase with respect to 2014 and referred specifically to the sugar industry, which grew by 16.9%, construction by 11.9%, and manufacturing by 9.9%.

He stressed that a clear objective is to prioritise and protect domestic producers, in order to further reduce imports, and said that the average monthly wage of workers in the state enterprise sector had increased, although this is still insufficient, considering retail prices.

Murillo outlined the main areas in which the country is working to achieve the expected economic growth in 2016. Among these, he mentioned enhancing efficiency in the use of hard currency, taking advantage of the downward trend in prices, the rational use of stocks and supplies, and consumption rates that encourage savings.

He announced that growth is estimated to be around 2% next year, with the largest increases projected in construction, hotels and restaurants, agriculture, livestock, forestry, transport, warehousing, communications, the sugar industry and the supply of electricity, water and gas.

Minister of Finance and Prices Lina Pedraza noted that calculations regarding the implementation of the State Budget for 2015 reflected the Economic Plan; such that estimates for net income were met by 97% and total costs are in the order of 96% of the amount forecast.

She insisted that this year’s budget dedicated 30% and 23% respectively to public health and education, adding that 9 billion pesos were allocated for the enterprise sector, mainly to the Ministry of Agriculture, the AZCUBA business groups and the food industry.

During the afternoon session of the Sixth Ordinary Session of the Eighth Legislature of the National Assembly of People's Power, deputies elected Jennifer Bello Martínez, president of the Federation of University Students, as a member of the Council of State, replacing Abelardo Colomé Ibarra, who was relieved of his responsibilities at this level due to health problems.

This is the first time a student leader has held a position on this important governmental body, confirming the confidence of the Revolution in youth.

In addition, 285 lay judges for the People's Supreme Court (TSP) were elected; 28 assigned to the military chamber and 257 to other TSP chambers.

THE COUNTRY’S REALITY DEBATED BY DEPUTIES

The performance of the economy and forecasts for 2016 were the focus of analysis of the ten permanent commissions of the National Assembly, meeting at Havana’s Convention Center on December 26, 27 and 28.

Marino Murillo, a Council of Ministers vice president, reported that 58% of the resources in next year’s Economic Plan will be directed toward investments in areas which are key to the country’s development, such as tourism, which will receive 1.3 billion pesos; the oil industry; renewable energy sources; and agriculture, with a budget of 600 million.

During the final sessions of the parliamentary commissions, the Minister of Economy and Planning called for a continued policy of savings, increased production of material goods, and the reduction of imports.

Miguel Díaz-Canel Bermúdez, First Vice President of the Councils of State and Ministers, participated in the Education, Culture, Science, Technology and Environment Commission, where the application of scientific innovation in food production was analysed.

In discussing the connection between the university and society, Dr. Rodolfo Alarcón Ortiz, minister of Higher Education, reviewed the major changes implemented in this sector.

Among the most significant changes are the reduction to four years for degrees in pedagogical studies, beginning next September; the integration of universities; the creation of short-cycle higher education as a new level of education; and the incorporation of the English language as a mandatory requirement in every degree course.

The Health and Sports Commission addressed the country’s preparations in the lead up to the Olympic Games, the Cuban demographic scenario, population ageing, funeral services, and primary health care.

The Defense Commission included in its agenda the impact of the drought in 137 municipalities; 37 of which are moderately affected, 50 severely and another 50 with extreme difficulties.

Esteban Lazo Hernández, also a member of the Communist Party of Cuba’s Political Bureau, ratified the need to encourage workers in the non-state sector, which currently employs over half a million Cubans, three out of ten of whom are young people and an equal number are women, in the Care for Children, Youth and Equal Rights for Women Commission.

The International Relations Commission focused on the upcoming Fourth Summit of the Community of Latin American and Caribbean States (CELAC) to be held in January in Quito, Ecuador, and set to analyze social inequality. The commission outlined proposals to be presented to this regional body.