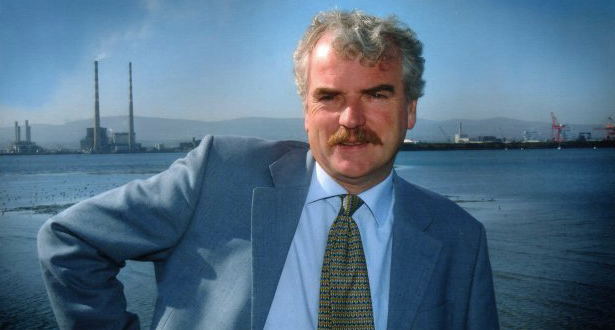 Finian McGrath, Independent TD, raised the issue of the Cuba Solidarity Campaign's bank closures by the Co-op Bank due to US blockade of Cuba legislation at Oireachtas (Irish Parliament).

To ask the Minister for Foreign Affairs and Trade to take action regarding the blockade by the United States of America against Cuba (details supplied); and if he will make a statement on the matter.
- Finian McGrath.
* For WRITTEN answer on Thursday, 28th April, 2016.
Ref No: 8802/16

Co-operative Bank finally admits bank closures are directly due to US blockade policies
In November 2015 the Co-operative Bank closed the bank account of the Cuba Solidarity Campaign (CSC) citing changing "risk appetite" and "global regulations" among the reasons.
Now following a huge campaign by CSC members and affiliates, Niall Booker, the bank’s Chief Executive, has finally confirmed in writing that the closure was due to ‘risk’ arising from sanctions imposed by the US government. CSC has written to the Foreign and Commonwealth Office and the Department of Trade and Industry to ask that they make urgent representations to the US government and to the Co-operative Bank to ensure British individuals and companies are free to work with Cuba without being sanctioned by US blockade policies.

I warmly welcome the easing of US banking restrictions in relation to Cuba, which should address the banking difficulties to which the Deputy refers. On 15 March 2016 the US Department of the Treasury’s Office of Foreign Assets Control announced significant amendments to the United States’ Cuban Assets Control Regulations, which took effect on March 16 2016. These amendments expand Cuban access to foreign financial institutions and allow for increased access to the Cuban banking system for institutions which had previously been at risk of sanctions imposed by the US government. These changes have come about as part of the re-establishment of diplomatic relations between the two countries in 2015 after a hiatus of 53 years.

If the Deputy is aware of ongoing difficulties involving Irish banks, my Department will be happy to provide any assistance as may be helpful. I am not in a position to comment on the actions of UK banks.

The historic events of the past 18 months have seen immense progress in US-Cuba relations, enhanced by the visit of President Obama to Havana in March 2016. In addition to the full restoration of diplomatic relations, recent months have seen the two sides achieve significant agreements with regard to communications and travel between the US and Cuba.

Our concerns about economic, commercial and financial measures against Cuba are long-standing and clear. We no do not support unilaterally imposed measures that impede the economic and commercial relations of EU member states with Cuba.

On 27th October 2015, Ireland joined with all other member states of the European Union in voting in favour of Cuba’s resolution at the UN General Assembly in New York, which called for the ending of the US embargo on Cuba. Ireland, along with its EU partners, is firmly of the view that the lifting of the embargo, which would require approval by the US Congress, would facilitate an opening of the Cuban economy to the benefit of the Cuban people.