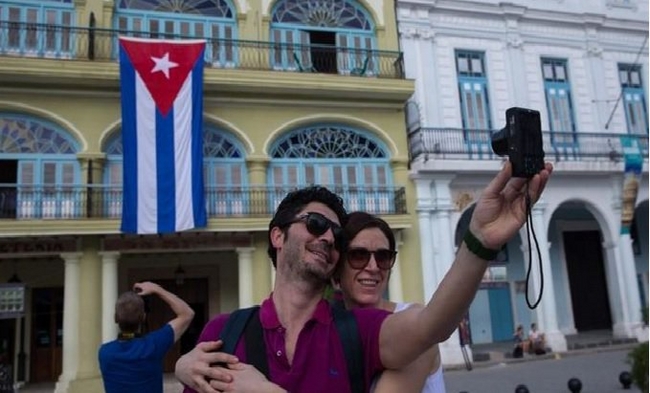 An expected explosion in U.S. tourism to Cuba will likely take years to materialise even after U.S. airlines resume commercial flights to the Caribbean island this week for the first time since 1961, industry officials said.

JetBlue Airways Corp (JBLU.O) will pilot its historic flight from Florida to the Cuban city of Santa Clara on Wednesday, the latest step in normalising relations that earlier this year included a visit by U.S. President Barack Obama and the first U.S. cruise to the island in decades.

The planes may some day be filled with U.S. beach-goers, looking for an economical Caribbean break at resorts favoured by Canadians and Europeans on the sandy keys north of Santa Clara.

But for now, U.S. law and constraints on Cuba's tourism infrastructure will act as brakes on increasing demand, experts said.

Congress has yet to lift a trade embargo that prohibits U.S. citizens from visiting Cuba as tourists. The Obama administration has approved 12 categories of exceptions to the ban ranging from cultural, religious and educational travel to business and visiting family.

That means JetBlue's initial flights will mainly carry Cuban-Americans visiting relatives or other U.S. citizens interested in seeing the Che Guevara Mausoleum and other cultural sites.

Eventually, up to 25 flights a day by various carriers will connect the United States and the Cuban provinces, with another 20 to Havana, under an agreement reached by the two Cold War foes as part of a gradual détente begun in December 2014.

Services on Silver Airways and American Airlines Group Inc (AAL.O) from the Miami area to other outlying provinces are the next to start, in September.

While the direct flights could carry more than a million U.S. residents to Cuba annually, according to John Kavulich, head of the New York-based U.S.-Cuba Trade and Economic Council Inc, he and other experts believe that mark will not be reached for several years.

In the beginning, the new routes are expected to absorb customers from the average of 17 charter flights that Cuba's government says have arrived from the United States daily for several years.

"The fares that have come out so far, announced by American and JetBlue, have been super competitive," said Bob Guild, vice president at Marazul Charters Inc. "I don't have any question that it's going to shrink," he said of the charter services. Marazul, one of the largest charter companies operating to Cuba, plans to scale back services to provinces this fall but continue with its Havana flights while commercial airlines await approval, Guild said.

There is already a boom in visits to Cuba from the United States. Some 300,000 Cubans living in the United States now travel home annually. In 2015, the Cuban government reported 161,233 Americans visited, compared to 91,254 in 2014, and arrivals through June nearly doubled over the same period last year, a trend that the dawn of commercial flights can only further.

"The fact that travellers can book flights directly online not only streamlines that process and makes it more affordable, it adds a feeling of legality," said Collin Laverty of Cuban Educational Travel.

But another barrier to increased U.S. travel is that Cuba's hotels, bed and breakfasts, transportation services and amenities are already stretched to the limit, with a record 3.5 million foreign arrivals last year. Higher hotel prices, pegged to the U.S. dollar, might push out some travelers from Europe and Canada, creating more space for Americans, said Emilio Morales, CEO of Miami-based Havana Consulting Group. Private bed and breakfasts would absorb what they could of increased demand, he said.

Over time, airlines are betting travel restrictions will be further relaxed and want to get their foot in the door before Obama leaves office next year.

"While all of the flights are unlikely to operate at capacity, the airlines want to plant their respective flags," Kavulich said.