Fidel Castro, Leader of the Cuban Revolution Dies at 90 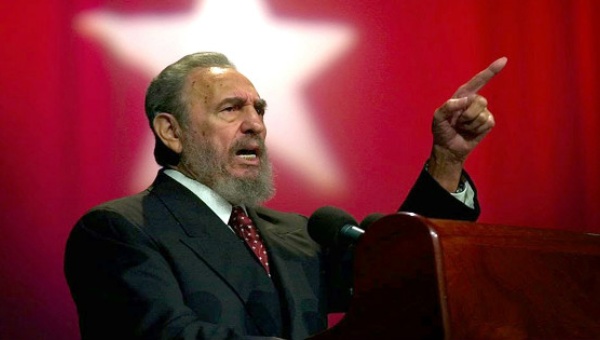 The leader of the movement that won Cuban independence and champion of the Global South has died in Havana.

Raul Castro, Cuba's President and Fidel Castro's brother, announced that Castro would be cremated on Saturday. "The commander in chief of the Cuban revolution died 10:29pm tonight," said Castro.

Born in 1926 to a prominent landowner in Holguín Province, Cuba, Castro went on to lead Cuba’s revolutionary independence movement, defeating the U.S.-backed Batista dictatorship in 1959.

Soon after his movement took power, Castro adopted an explicitly socialist model of development and forged strong ties with the Soviet Union, earning the wrath of the United States.

For the next 48 years, until resigning in 2008, Castro led the tiny island nation to historic levels of development, leading the world in many social indicators including literacy and public health rates.

The success of Cuba's revolution also meant facing down more than 50 years of a hostile and destructive U.S. blockade, while also surviving multiple CIA assassination attempts. Castro and Cuba inspired a growing decolonization movement throughout the world, one which Castro actively supported by creating networks of mutual aid throughout Latin America, Africa, and the rest of the Global South.

"I'll be 90 years old soon," Castro said at an April 2016 communist party congress where he made his most extensive public appearance in years. "Soon I'll be like all the others. The time will come for all of us, but the ideas of the Cuban Communists will remain as proof that on this planet, if one works with fervor and dignity, they can produce the material and cultural goods that human beings need and that need to be fought for without ever giving up."