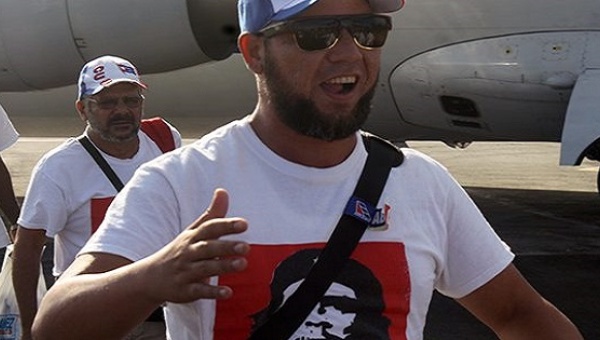 In 2005, Fidel Castro called for the internationalist medical team and since then 7,235 Cuban doctors have provided support and aid in 17 different nations.

After two months of tireless humanitarian work in Haiti, a country ravaged by Hurricane Matthew, a team of Cuban doctors from the Henry Reeve Medical Brigade, returned to Havana Saturday, making it the 24th team from the brigade to complete an international medical mission since its founding in 2005.

The 38 health professionals arrived in Haiti on Oct. 8 in the wake of the devastating hurricane that ripped through the country, further reinforcing Cuba's medical assistance already in the impoverished Caribbean nation.

Upon their arrival in Havana, the doctors paid tribute with a minute of silence to Cuban revolutionary leader Fidel Castro, who passed away on Nov. 25.

In 2005, Fidel Castro called for the internationalist medical team — named after a U.S.-born leader in the first Cuban War of Independence — and since then 7,235 Cuban doctors have provided support and aid in 17 different nations.

Speaking to Cubadebate, the doctors spoke of the level of devastation Haiti suffered. "The first impression we had was of disaster,” doctor Jorge Armando told the news outlet in an interview upon his arrival.

He said already existing diseases, such as cholera and malaria, had surged hygienic-sanitary conditions worsened as a result of “almost total destruction ... all in misery."

The delegation was divided into four teams who operated from the four most affected areas in the country. The doctors then used their expertise to work with local organisations on the ground to advance health education in the communities and to residents in the affected areas.

They were also pleasantly surprised by the community’s own participation and support, especially the local children, who worked alongside the doctors to promote health practices.

Armando said the children “took us by the hand and asked us to fumigate their houses, they became health promoters … although most were illiterate, they distributed the tablets themselves to disinfect the water."

As he welcomed them, Cuba's Deputy Minister of Health Marcia Cobas reaffirmed that these doctors are ready to cooperate and assist any country under any circumstances in the future.