Raúl: We are not going back, nor will we go back, to capitalism, this is totally ruled out 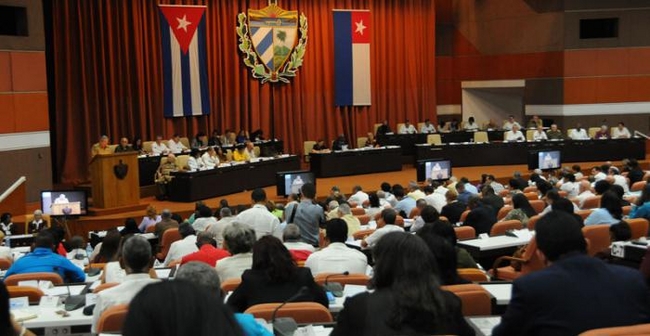 The historic leader of the Cuban Revolution has bequeathed to us his example, his optimism, and confidence in victory. The best monument to his ideas and work is to make a reality of the postulates he outlined in his concept of Revolution, which he announced May 1, 2000, and to which millions of Cubans expressed their commitment.

Raúl recalled his words in Santiago de Cuba this past December 3, when he announced Fidel's desire that his name or likeness never be used to name institutions, plazas, parks, or avenues, and that no monuments ever be erected in his memory, noting that the National Assembly had ensured that these wishes would be respected.

Making a brief analysis of the economy, discussed in other reports, Raúl reiterated the comments he made in December of 2015, when he warned that 2016 would bring financial limitations given the expected fall in prices for the country's exports and other factors, projections which were confirmed.

He noted that despite the lack of economic growth this year and the continuing U.S. blockade, basic services, including health and education, were maintained at previous levels, and there were not power cuts as some international press predicted.

Commenting on the 2017 economic plan approved by the National Assembly, he emphasized that in order to achieve the modest 2% growth projected, three premises must be respected: guarantee the delivery of exports and their timely payment; increase national production to replace imports; and eliminate unnecessary expenses.

After addressing other issues, Raúl concluded by expressing his best wishes to the population, for the new year and the 58th anniversary of the triumph of the Revolution.