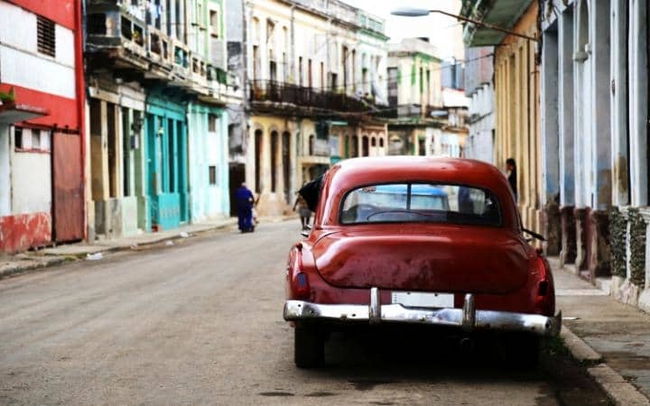 Cuba remains a hot-ticket destination for British travellers as airlines launch new routes and cruise tourism surges. But as the boom continues, confusion has taken hold over whether Britons are able to board the new direct US-Cuba flights.

Passengers flying to the Caribbean island from the UK with Virgin Atlantic (VA) have also experienced difficulties as the airline gets to grips with the ticketing system alongside its new partner, Delta.

Customers have been unable to book flights online by card, or use Air Miles plus money, and they must, instead, call a Cuba phoneline at Virgin Holidays. Miles then need to be converted into vouchers to be discounted against a normal fare.

VA said the issue was temporary, but Rob Miller, director of the UK-based Cuba Solidarity Campaign, accused the airline of discriminating against the communist nation. “Virgin Atlantic must end this discriminatory policy impacting on travellers wanting to use their Air Miles to travel to Cuba,” he said. “The US blockade is at the heart of this latest travel dispute.

“We have written to the British Government, and Virgin Atlantic, calling on them to take immediate action to ensure that all passengers are treated fairly whether they are travelling to Cuba or elsewhere.”

A VA spokesperson apologised for any inconvenience: “This is just a different way to pay for this route, on a temporary basis. We certainly aren’t discriminating against Cuba. However, our technology is currently restricted, meaning we can’t take bookings.”

The airline launches its second UK route direct to Cuba on April 2, to Juan G Gomez airport. Thomson, too, is adding a route to Cayo Santa Maria from May; Thomas Cook’s inclusion of the small set of islands off the coast from 2018, takes its total of Cuban destinations to four.

Last year, 10 US airlines made the first direct flights to the island in more than 50 years, following a thaw in US-Cuba relations. Meanwhile, cruise firms cannot organise itineraries fast enough and the demand for hotel rooms has soared. In December Telegraph Travel reported how tour operators were halting bookings to the island as its infrastructure struggled to cope with demand.

Less positive has been the ambiguity facing British travellers flying to Cuba from the US. Travel for tourism purposes remains illegal for US citizens under a trade embargo. They may only fly direct to Cuba for one of 12 reasons listed by the US Treasury’s Cuba sanctions office (OFAC). The same applies to Britons. Since self-certification (an honour system) for travel was permitted last year by the Obama administration, UK travellers, like US citizens, are ticking one of the officially-approved categories (educational) for travel on airline sites.​

Comparison website cheapair.com advises: “Keep receipts for cultural activities to demonstrate your visit was filled with 'authorised’ travel activities… keep records of museums visited, local tours you took, cultural activities attended, etc… most of the time, no one will ask.”

The Foreign Office advises that travel between the US and Cuba is permitted as long as visitors comply with US law. The OFAC’s press office has not yet responded to our inquiries.