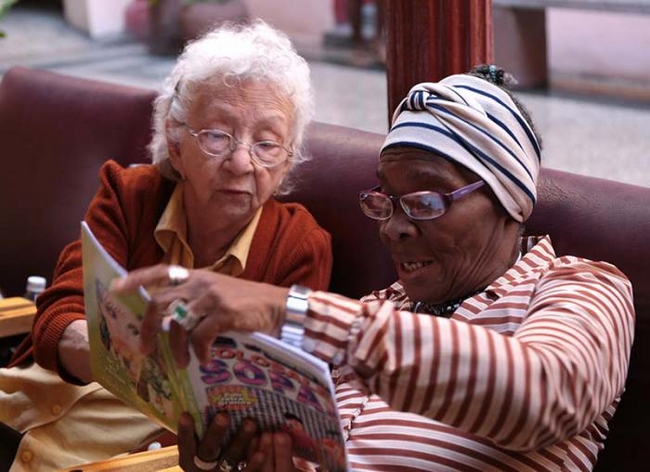 Cuba is already one of the countries with the oldest populations in the region, with over two million people 60 years of age or older living on the island.

The country’s Social Security budget set to double by 2030

There are currently around two million people 60 years of age or older in Cuba. Statistics from the latest Population and Housing Census show that the island is set to have the oldest population in Latin America by 2025.

Population aging is the result of increased life expectancy and a decline in fertility rates worldwide, aspects which in Cuba’s case, represent important social achievements when compared with other developed countries. However, they also imply challenges for the island’s demographic, economic, and social order.

For example, in 2021, retired people are expected to outnumber those of working age. In order to tackle this demographic situation a series of measures have been adopted and will be gradually implemented in the country.

Ever since the triumph of the Revolution, the Cuban state has guaranteed protection to all citizens through its Social Security System composed of general and special regulations, as well as a Social Assistance plan.

According to Haydee Franco Leal, deputy director general of the National Social Security Institute (INSS), speaking with Granma International “This last set of regulations protects elderly persons who have little to no resources or support, as well as those unable to work, whose income is unable to cover their basic needs, and those without relations able to support them.

“The state intercedes through these institutions; providing benefits in the form of financial aid, services, as well as other supports.

“The general program is aimed at protecting workers in the case of illness, workplace and non-workplace related accidents, maternity, disability, old age, and their relations in the case of death,” added Franco.

Special programs protect people involved in activities or productive processes or services, the nature of which require that Social Security be adapted to their specific conditions.

“In Cuba, these special programs have been extended in line with the updating of the country’s socio-economic model. Today, some are linked to the state sector, including those which protect members of the Revolutionary Armed Forces and combatants from the Ministry of the Interior. Meanwhile, others related to the non-state sector include self-employed workers, usufructuaries, members of agricultural production cooperatives and non-agricultural cooperatives, as well as a plan for artists and creators,” explained the INSS Deputy Director General.

Given population trends in Cuban society, in late 2008, Social Security Law No. 24, which had been in force in the country since 1980, was modified.

The measure was essential given the declining number of people of working age and its growing impact on the availability of human resources.

The new regulations increased retirement age by five years, with Cuban women entitled to retire once they reach 60 years of age, and men 65, while both are eligible for a state pension after having worked for a minimum of 30 years.

Such measures led to an increase in the number of employed people and delayed the problem of a declining workforce which would have affected the country in 2015.

Meanwhile, increasing the time period over which an individual’s pension is calculated has also encouraged people to remain in their jobs.

“Pensions are calculated on the basis of an individual’s five highest paying salaries over their last 15 years of work. A rate of 60% applies for their first 30 years of work, with a 2% increase for every year after that until reaching 90%, which is the maximum pension a worker is entitled to in the country,” explained Franco.

“Likewise, a person who retires has the right to rejoin the workforce and receive a salary and pension at the same time, with rights similar to those of other workers,” she explained.

“Another new feature is related to protection of surviving spouses. Before only female widows were protected, but benefits have now been extended to men as well, meaning that anyone over the age of 65 or with a disability, who depended on their deceased spouse, has the right to a pension which can be combined with their standard retirement,” noted the INSS Deputy Director General.

THE BENEFITS OF SOCIAL SECURITY

Cuba’s demographic trends present a great challenge for the country today - with a declining number of people of working age, and a rise in those over 60; a situation which implies more social spending and fewer hands to produce material and spiritual wealth.

Cuba’s current social security budget stands at over six billion pesos, a figure which is scheduled to double by 2030 as the state plans to allocate more resources to Social Security in order to guarantee that its citizens are protected.

In this regard, measures being undertaken to address the island’s population trends are based on three fundamental objectives:

“This first is linked to stimulating fertility rates and working toward population replacement in the medium-term. The second is related to dealing with the needs of a growing number of people aged 60 and over, as well as promoting their participation in the economic, political, and social life of the country. And the third, to efforts directed toward seeing the largest number of people fit for employment,” added the INSS official.

Today, we must think of population aging as one of Cuban society’s achievements and work harder to increase efficiency and productivity in order to build a better society.