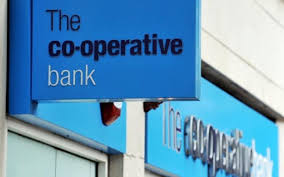 Amnesty International UK in December 2016 published a report criticizing the bank's handling of those closures, which were often abruptly communicated to the charities. The bank said it was unethical not to comply with legal and regulatory rules.

More than 300 UK-based charities have had their bank accounts closed in the last two years after being caught up in a global crackdown on illegal money flows, forcing the government to explore how to allow them easier access to the financial system.

Thousands more charities have had operations disrupted by delayed payments causing financial losses and risks to employees, Britain's Charity Finance Group, that helps to organize charity financing, told Reuters. Major charities Oxfam and Save the Children say they were amongst those hit.

The government is setting up a panel of charity executives, bankers and officials to meet in the coming months to "drive new policy thinking" to allow legitimate charities to operate unhindered, an official told Reuters.

The decision to assemble the working group comes ahead of a review by the inter-governmental Financial Action Task Force (FATF) next March of Britain's efforts to tackle money-laundering and financing of militant groups.

At the FATF meeting, Britain could face criticism of its failure to tackle the problem of charities losing access to the banking system, charity sector analysts said.

The FATF has recorded over 100 cases worldwide of alleged abuse of charities for terrorist finance. In one example in the city of Birmingham in 2011, three people were convicted of impersonating Muslim Aid charity workers to fund a bomb attack.

But legitimate charities say they have been cut off from the financial system because banks have been alarmed by billion-dollar fines meted out for breaching sanctions, anti-terror financing and anti-money laundering rules.

Charity officials say the clamp-down on charities by banks is causing government-backed aid efforts to fail, humanitarian workers to be put at risk and potential recipients to suffer.

"Save the Children believes a more aligned approach between governments, regulators, and NGOs will help to reduce financial crime, whilst ensuring critical and life-saving humanitarian work continues," the group said in a statement for this article.

HSBC and Co-Operative Bank closed the most charity bank accounts in the last two years, according to a Reuters survey of more than 30 case studies. Both banks, along with other big institutions, said they were taking action to better understand the needs and internal governance of charity clients.

In the last two years, HSBC hired some 35 staff to work in a team dedicated to the charity sector, according to a source familiar with the hirings. The specialists aim to ensure charities comply with global financial rules.

A problem that hit mainly smaller Muslim-related charities after September 11, 2001 attacks in America accelerated in the last few years to involve thousands of charities.

"Delayed and declined payments have become a regular recurrence in the sector with charities experiencing disruption to their objectives on a daily or weekly basis," a director at UK-based umbrella group Muslim Charities Forum, Monowara Gani, told Reuters.

Many British charities affected were reluctant to speak on the record about their experiences because they were worried that other banks might cut them off, or that donations could dry up if their banking problems were publicized.

One small human rights charity funded by Britain's Foreign Office, which did not want to be identified, closed down this year after being unable to open a bank account, two sources familiar with the situation said.

This illustrated the problem posed to British international aid policy by the banks' fear of being punished for breaching regulations, said the sources who declined to be named.

Around 20 per cent or nearly $1 billion a year of the government's bilateral assistance funds distributed by the Department for International Development are channeled through charities, according to government data.

"We continue to engage with humanitarian organizations to understand and discuss what impact the wider security context may be having on their operations overseas in conflict-affected states," said the government official, who confirmed a panel had been set up to engage with the issue.

"The humanitarian sector is struggling with a policy vacuum, leaving commercial organizations such as banks to set the risk rules for delivery of publicly-funded aid," said Mike Parkinson, policy adviser for Oxfam UK, which has encountered delays in opening bank accounts overseas.

Some banks are responding to the problem, but others are reluctant to serve a sector deemed to have a "medium-high" risk of terrorist financing in a 2015 British government report.

"We feel like banks used to be competing for charity business, but now they are pushing us away," said Tim Boyes-Watson, executive director of British-based Mango which specializes in helping charities manage their finances.

Boyes-Watson said Mango is working on creating a certification system that would aim to make approved charities easier for banks to work with, but that implementing and regulating such a scheme could prove costly.

In addition to hiring a team dedicated to the charity sector, HSBC in April sent a guide called "Keeping your Charity Safe" to 11,000 charity and non-profit customers.

"We will continue to work with the UK government and industry bodies to support the not-for-profit sector," a spokeswoman for the bank said in an email.

Amnesty International UK in December 2016 published a report criticizing the bank's handling of those closures, which were often abruptly communicated to the charities. The bank said it was unethical not to comply with legal and regulatory rules.

A spokesman for the bank said it has introduced a new "exit forum" to manage closures of charities' accounts better and will soon publish a summary of its account closure data.